The doctor, the Lamborghini and the Tax Commissioner 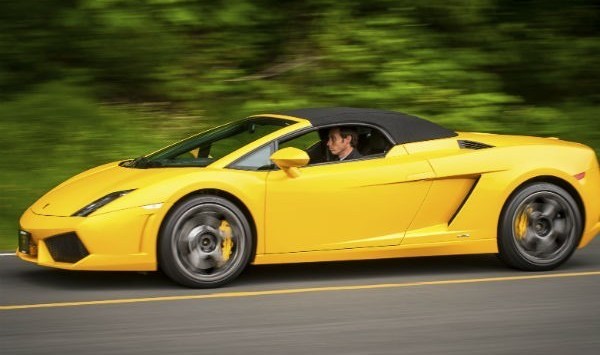 The issue is one that arises more frequently than might be thought before the courts and tribunals. Although the rules are well settled, the determination of whether a business is being carried on depends on the facts of each case.

A recent case before the Administrative Appeals Tribunal again highlights the requirements of the law and the heavy onus of proof that lies on taxpayers.

As recounted by the AAT:

“This is a tale about a doctor, a Lamborghini, and the Commissioner of Taxation. On the applicant’s telling, a successful but frustrated surgeon decided to fulfil a boyhood dream of entering the motor trade.”

The surgeon set up a company and became a registered motor dealer. The company commenced business with the purchase of a Lamborghini from a dealer for some $335,000 for the purposes of resale to any one of a network of wealthy professional acquaintances. As a dealer, the company was not required to pay the luxury car tax at the time of purchase, but would eventually pay it when the car was sold. The company was also able to claim input tax credits in its quarterly business activity statement (BAS).

But the car proved hard to sell. Then, the Commissioner of Taxation became involved.

The Tribunal said the Commissioner doubted the applicant was a genuine dealer. The car was sold at a loss, the luxury car tax was paid, the applicant’s registration for GST was cancelled.

The AAT said the Commissioner saw the arrangement “as nothing more than a plot to obtain a cheap Lamborghini”.

In the result, the AAT affirmed that the company was liable for luxury car tax and should be denied GST input tax credits in relation to a Lamborghini that it bought from the dealer. In doing so, the AAT found that the taxpayer had not discharged the onus of proving that the car was bought by him in carrying on a business or enterprise as a registered motor dealer for the purpose of resale at a profit.

The Commissioner ruled the taxpayer was not carrying on a business and denied it GST input tax credits and made an increasing luxury car tax adjustment (and also imposed 50% shortfall penalties).

In particular, the Commissioner argued that the taxpayer’s venture had little of the “hallmarks of a car dealership” business in that it did not:

The AAT said the applicant’s story was “not inherently unbelievable”. It said many prosperous professionals invest in what are – given their lack of relevant skills and experience – unlikely business ventures, including farms, restaurants, wineries, racehorses and sporting ventures. “Some of those ventures are undoubtedly a means to minimise or even avoid tax, but many are not”, the Tribunal said.

In agreeing with the Commissioner, the AAT found it had similar “question-marks” over the medical practitioner’s account of the facts – such as the novel nature of the venture, the timing of a number of the test drives following notice of the ATO audit, the nature of insurance and the terms of the chattel mortgage (which clearly suggested the taxpayer was not buying the vehicle for the purposes of resale). The AAT also found that the failure by the taxpayer to call as witnesses at least some of the individuals who went for test drives was a significant shortcoming.

Given all of this, and notwithstanding other evidence – including the evidence of business cards and pens with a logo, the banner, the advertisement on carsales.com.au, and other minor indicia of a business – the AAT said it was not persuaded the applicant’s activities were done in the form of a business.

The AAT also said it could not “ignore the possibility that the transaction was shaped and driven by the desire to obtain a luxury car for personal use at a significant discount”.

At the same time, the AAT also upheld 50% shortfall penalties for “reckless” misleading statements as it considered it seemed that the taxpayer had conducted its affairs with reckless disregard of the consequences that are reasonably foreseeable as being a likely result of its actions.