The tricky business of property development and GST credits 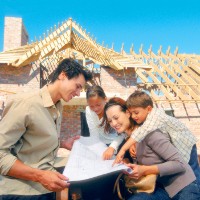 In general terms, in order to claim input tax credits (ITCs) under the GST system, an enterprise must be carried on. This can be a tricky issue when property developments are concerned, as two taxpayers recently found out to their detriment before the Administrative Appeals Tribunal (AAT).

A business needs to be carried on before claims for ITCs can be made and this is where the taxpayers ran into trouble before the AAT.

In that case, the two taxpayers failed before the AAT in a matter concerning a number of ITC claims in respect of purported acquisitions made in relation to two property developments.

The tribunal dealt mainly with the arrangements of the first property development as it was of the view the arrangements did not differ materially from the second development. The tribunal noted there had been some work done on the property; however, the parties disputed what that work consisted of, how much of it was done, who it was done for, and whether it had been paid for.

The total amount invoiced to the first taxpayer by the subcontractors (in relation to both property developments) was over $250,000. The total amount invoiced to the second taxpayer was over $820,000. However, the tribunal said the invoices themselves were “short on detail”. The tribunal also noted that the Commissioner had notified the taxpayers his doubts concerning the work undertaken on the property after he was informed by the relevant council authority that approval to subdivide the property had been refused.

The tribunal said each taxpayer’s claim for ITCs failed “at the most basic level”. It said that an entity is not a “project manager” simply because someone says it is, and it was important that, to carry on an enterprise (thus enabling the ITC claim to potentially succeed), “an entity must do something”.

The tribunal was unable to identify the “activity” that the taxpayers were undertaking in respect of the properties. It was also not satisfied that either of the taxpayers, in relation to the relevant property developments, carried on any activities “in the form of a business”. A key issue identified was the difficulty the taxpayers had in articulating the arrangement between themselves, landowners and subcontractors. The AAT said it could not see that either taxpayer did much at all, beyond receiving invoices from the subcontractors and it rejected any notion that receiving invoices is relevantly an “activity”.

The tribunal member (Deputy President Frost) said the taxpayers “could not take me to any document that set out an agreement, between either of the landowners and either of the applicants, that the applicants would perform services or tasks, engage or co-ordinate third parties, or even make arrangements of any kind in relation to the development of the properties”.

That, to say the least, was not helpful to the taxpayers’ cause.

The tribunal was of the view the “true arrangement” was work was done for, and the supplies were made to, the owners of the properties, and that at most, the taxpayers agreed to pay for some of the supplies. The tribunal found, on the balance of probabilities, that there were “supplies” by the subcontractors; however, it was of the view that any supplies were not made by the subcontractors to the taxpayers. It said it could not see any indicators of a business being carried on. Accordingly, it held the claims for ITCs were not sustainable.

Although not required to, the tribunal also rejected the taxpayers’ argument that “promissory notes” issued by them to the subcontractors for work done constituted consideration at the time of the supplies. The tribunal also affirmed the penalty at 50% of the shortfall amount.

This case is a clear demonstration of the need to properly and fully document the operations of a business. The need to obtain clear and independent advice on any business proposition, be it property development or something else, is also a “take-away” message from this case.