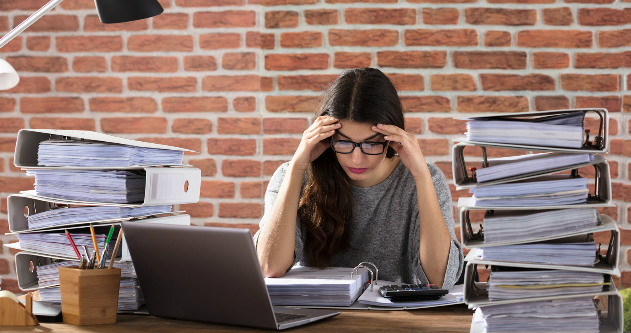 A significant number of Australian SMEs are still not using the government’s new Single Touch Payroll reporting method that became compulsory over a month ago, despite all major accounting software providers now supporting the system.

Additionally, since July 1, more than 16,000 businesses have switched to Single Touch Payroll using MYOB’s software, with over 150,000 pay runs processed.

Single Touch Payroll is a new payroll reporting method introduced on July 1 that changes the reporting rules for wages and superannuation contributions for business owners. Businesses are required to use Single Touch Payroll-enabled software to automatically report their employees’ payroll and superannuation to the Australian taxation Office each time they pay someone. The process eliminates the need for employers to report employee-related Pay-As-You-Go withholding in activity statements throughout the year or employee payment summaries at the end of the year.

Employers with more than 20 employees are now required to use the system, and must be doing so by July 1 2019 to avoid any penalties for non-compliance. All employers, including businesses with fewer than 20 employees, must be using the new system from July 1, 2019.

However, if MYOB’s data is accurate, a number of eligible businesses are still not using the simplified system.

With MYOB processing STP payments from more than 16,000 businesses since July 1 and the company claiming to account for ~50% of all employers using STP, this suggests around 33,000 businesses in total are currently using STP.

According to Australia’s Small Business Ombudsman, there are approximately 55,000 businesses with more than 20 employees in Australia, indicating that there are a large number of businesses in this size bracket who are yet to commence using Single Touch Payroll.

Almost all major accounting software providers are now STP-enabled, including Xero, Sage, KeyPay, Quickbooks and Reckon. However, SmartCompany understands many of these, including second-biggest SME accounting provider Xero, are staggering their STP rollout to customers to avoid overloading the nascent reporting systems.

Speaking to SmartCompany, David McKellar from Allied Accountants says few of the accounting software providers were ready for STP integration on the July 1 deadline, so the majority of them were granted a deferral via the ATO. This means many eligible business customers will be rolled on to the new reporting system between now and December.

McKellar believes it will be a fairly simple switch for most employers, saying it’s a “matter of pressing a button” once their accounting software systems are STP-ready.

According to MYOB’s general manager of product David Weickhardt, the company expected the transition to STP to be more challenging than it was.

“We know a significant change such as this can be daunting, especially when there are ATO requirements as well as changes within the MYOB product. We’re pleased to see that during the transition period we received around 45% fewer calls from STP customers than we anticipated,” he said in a statement.

All in all, McKellar believes many SMEs are not yet aware of the switch to Single Touch Payroll. He doesn’t foresee any issues with the system’s rollout but predicts there to be a number of non-compliance cases in years to come.

“I think the only issue is going to be business owners who don’t understand won’t actually take the next step to file their pay run properly. I think non-compliance will be fairly high in the first couple of years,” he says.

“But I imagine the ATO will be fairly lenient for a while, and any penalties that do apply will be targeted at the bigger players who should be doing it properly, rather than mum and dad type stores.

“Businesses should be talking to their accountants to find out what their obligations are, and talking to whoever does payroll to ensure their processes are up to scratch.”