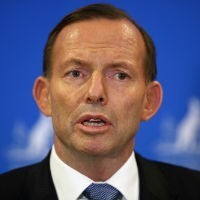 Just a few weeks out from the 2015 budget, Prime Minister Tony Abbott has given a definitive answer to the ongoing question of negative gearing, taking the tax break essentially off the reform table.

Asked during a doorstop interview in Melbourne yesterday if he would rule out any changes to negative gearing, Abbott simply answered “yes”.

Negative gearing, which allows investors to offset interest costs and other property expenses as fully tax-deductible, has been a hot issue in recent years, with some commentators blaming the tax loophole for inflated property prices.

This week the Australian Council of Social Service (ACOSS) released a report blaming negative gearing, and capital gains tax breaks, for further blowing out the budget black hole in favour of high-income earners.

The report called for tighter restrictions around what can be claimed on negatively geared properties, including limiting the regime to newly built properties only.

Asked yesterday if he would consider the recommendations in the ACOSS report, Abbott replied, “The thing that worries me about so many of the contributions to our national conversation is that in the end they’re all about increasing taxes.”

“I don’t absolutely rule out closing loopholes and ending anomalies and trying to make sure that existing tax rules are fairly and squarely applied, but the government I lead wants taxes to be lower, simpler, fairer,” he said, turning the conversation instead to overspending.

“I would say to the people who are running around looking to increase taxes on people, what we really need to do is to get our spending under control.”

“Now would have been a perfect time to implement changes, given the market is on a little high, it would have been able to withstand any changes now, rather than in a period of downturn,” says Christopher.

Christopher says given the backdrop of the budget black hole and a housing affordability crisis, a reform would have been a “vote winner” for the Abbott government.

“Tony Abbott now has hardly any leg to stand on when talking about tax reform and tightening our belts and so forth,” he says.

“The changes will fall on the working class, when he’s willing to give breaks on big companies and breaks on investors, it’s hypocritical. This will be a vote loser.”

Christopher says the negative gearing debate, which has raged since the tax break was brought in to stimulate depression-era property construction in 1936, has increased in recent years due to the budget deficit, housing affordability issues and a pickup in the property markets on the east coast.

Christopher also says the decision seems to go against the direction of Abbott’s own Treasurer, Joe Hockey, and believes the PM is listening to “self-serving” voices and not looking at the bigger picture.