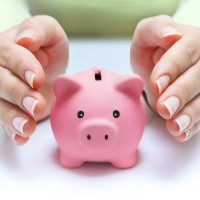 The end of this financial year is fast approaching and it’s time to get things in order.

Whether it’s making sure you claim deductions for your home office, to taking advantage of recently announced budget measures, SmartCompany’s panel of experts has you covered.

As Pitcher Partners tax partner Peter Braine says, the end of the financial year is all about taking the time to “look at what you think you’re taxable income position is going to be at June 30”. But if you don’t do this now, “the horse will have bolted”, says Braine.

So settle in. Here’s SmartCompany’s top 10 tips for minimising your tax bill this year. We’ll have 10 more useful tips next week.

For some, Braine says this might mean bringing some expenses forward so they are incurred before June 30.

“Where possible, you may be able to bring forward deductible expenses such as repairs and maintenance into the current year,” says Braine, who says small business owners can also consider prepaying monthly costs such as rent, electricity, wages and utilities.

“Small business owners should consider prepaying no more than 12 months’ worth of these expenses in order to bring forward deductions into the current income year,” he says.

“Taxpayers who operate a home office should take care that they are eligible to claim any running and occupancy costs related to their business,” says Braine, who recommends consulting a professional adviser about what can and can’t be claimed.

Making sure your superannuation is in order around tax time is a “no brainer”, says Grant Field, chairman of accounting firm MGI.

For the current financial year, the maximum concessional contribution individuals can make to their super fund is $25,000, although the limit increases to $35,000 for those who were aged 59 or over on June 30, 2013.

Field says taking advantage of the full concessional limit could save a typical small business as much as $21,000. But it’s important to make sure any contributions made now are received in time.

“It’s a good idea to submit them at least a week in advance to allow for processing delays,” says Field.

For employers it’s also important for super contributions for employees are in order.

“Super contributions are only deductible when paid,” says Field, who says June quarter payments would normally be made before July 28 anyway.

“Consider paying these before June 30 and bring forward the tax benefit by a whole year,” he says. “Depending on the size of your payroll, the tax savings could be significant.”

From July 1, employers will also be able to register for the federal government’s new SuperStream program, which will require super contributions made electronically to be submitted in a standard data set [check].

For companies that have made a capital gain in the current financial year, it’s worthwhile looking at ways to minimise the tax on those gains, says Field.

Field says a taxpayer might sell an asset during the year, making a capital gain, but at the same time, have other assets such as shares where on paper, there is a capital loss.

In these cases, Field says the taxpayer should consider selling those losses in the current financial year to offset the gains from other assets.

“Capital losses can only be offset against capital gains, so there is no use paying tax on a capital gain this year only to have a capital loss next year that might never be used,” says Field.

According to Field, the use of trust structures has come under increasing scrutiny from the Australian Tax Office in recent years, so it’s important to understand your obligations.

Businesses that operate through a trust structure should prepare a forecast for the trust’s profit and loss for the current financial year to estimate the expected taxable income for the trust as of June 30.

The trustees should then resolve to distribute income from the trust to its beneficiaries before June 30, and formally document the resolution. According to Braine, failing to make a valid resolution could mean a higher tax bill.

“Failing to make a valid resolution will mean that the income of the trust will be distributed to default beneficiaries, if there are any under the deed, or the income will be retained in the trust, resulting in the trustee being taxed at the highest marginal rate,” he says.

And Braine says to pay careful attention to the cut-off date as some trusts require a resolution to be made by June 28 or earlier. And trusts with corporate beneficiaries may come with Division 7A requirements.