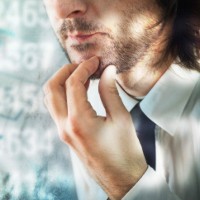 One of the tests in the law that a taxpayer needs to meet is what is called the maximum net asset value test. This test is whether in the year in question, the concession can be claimed if the value of its net assets did not exceed $5 million. It sounds straightforward, but it isn’t. Under the test, the net value of CGT assets of entities “connected with” the taxpayer is required to be taken into account for purposes of maximum net asset value test. It is the meaning of “connected with” that recently brought a taxpayer undone before the Federal Court.

The taxpayer was a company that made a capital gain of just over $1 million in selling its 50% interest in a car wash business in the 2007-08 income year. It did not return the gain as assessable income but instead claimed that it was entitled to apply the CGT small business concessions. The company claimed that in calculating its taxable amount, it was entitled to rely on a statutory concession in the tax law on the basis that the value of its CGT assets did not exceed $5 million.

However, the Tax Commissioner issued an amended assessment to include the gain on the basis that the taxpayer failed the (then) $5 million MNAV test. At first instance, the Administrative Appeals Tribunal had to decide whether sole director and controller of the company (Mr Roberts), could exclude from the MNAV his interest in a Queensland property, which had been rented for much of the previous seven years, but which at the time of the sale of the carwash had been taken off the rental market and had intended to be once again used as his and his wife’s holiday home.

Also at issue was whether the wife’s CGT assets, including her interest in the Queensland property, were to be taken into account on the basis of her being either a connected entity and/or a “CGT small business affiliate” of the taxpayer company.

In its decision, the AAT dismissed the argument that the 50% interest of the husband in the Queensland property should be disregarded. However, it held that the wife’s CGT assets, including her 50% interest in the holiday home, were not to be counted in applying the MNAV test because she was not connected with the taxpayer company as she did not own any shares in it. It then found that although she was a “CGT small business affiliate” of the controller of the taxpayer company (her husband) by virtue of being his wife, she was not a CGT small business affiliate of the taxpayer company as required by the relevant law in order for her CGT assets to be included. The Tax Commissioner appealed.