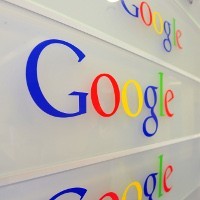 The war on tax avoidance by multinational enterprises achieved another important milestone last week with the signing of a multilateral agreement on exchange of information.

Australia signed the agreement with 30 other countries – including France, Germany, Ireland, Italy, Japan, Luxembourg, Netherlands and the UK – to enable automatic exchange of country-by-country tax information of multinational enterprises.

The government says it has “instituted a raft of measures to take aggressive action against multinational tax avoidance behaviour”, but changes to Australian law are still to be made to comprehensively deal with the problem.

The multilateral agreement signed last week is an important achievement of the OECD’s base erosion profit shifting (BEPS) project. It is important because the Australian Taxation Office will have timely access to much needed global tax information about multinationals.

In the past, it was difficult for the ATO to obtain groupwide tax information of a multinational from its local subsidiary. This issue has hindered the ATO from effectively assessing tax risks and identifying audit targets. As the subtitle of the interim report of the Senate Economics References Committee inquiry into corporate tax avoidance correctly says: “You cannot tax what you cannot see.”

A key player missing from the multilateral agreement is the US. It refused to sign the agreement. Instead, it claims that it intends to exchange the country-by-country reports through bilateral agreements entered into separately with individual countries.

The US Treasury has indicated it would enter into such bilateral agreements with countries that agree to restrict the use of exchanged data to “assessing high-level transfer pricing … tax risks and, where appropriate, for economic and statistical analysis”.

The US insists on restricting the use of the country-by-country reports because it is concerned other countries may use the data to determine how much tax its multinationals should pay in those countries. It is unclear why the US is more concerned about this issue than the 31 countries that have signed the multilateral agreement. In any case, this US position is consistent with its general attitude towards the OECD BEPS project, as summarised in a recent statement by a US congressman:

‘Success’ of a Google tax

Without the strong support of the US, will the war against BEPS destined to fail?

There may be hope as demonstrated in some success of unilateral actions such as the “Google tax” imposed by the UK. It has been reported previously that in response to the tax, Amazon has started to pay tax on its sales in the UK rather than in Luxembourg.

Another high profile multinational has responded to UK’s Google tax, suggesting the war against BEPS can achieve and is achieving results. Google announced on January 22 January that it had reached a settlement with the tax authority in the UK to pay £130 million as back taxes and interest covering the 2005-2015 tax periods. It will also start paying UK tax on revenue from UK-based advertisers.

The settlement between Google and the UK tax authority has been controversial. The amount of £130 million appears small compared to the billions of pounds of income generated from the UK over the period. The controversy has been fuelled by the fact that the legal basis of the settlement has been kept secret. This has led to accusations of a “sweetheart deal”. The settlement will be subject to an upcoming parliamentary enquiry in the UK this month, as well as potentially investigated by the EU which has a strong stand against secret tax rulings.

All will be watched closely by Australian regulators and policymakers. Australia has introduced a similar “Google tax” known as the Multinational Anti-Avoidance Law. It’s possible that Google will similarly agree to pay back taxes for its income generated from Australian customers in response to this tax. The ATO may also learn from the UK experience and avoid similar controversy.

Of course, it will be a long battle to combat BEPS, and there are areas in Australia’s tax law that should be strengthened. A typical example is the aggressive use of interest deductions by multinationals to erode their tax base in Australia.

Despite the government’s repeated claim that tax law has been improved in this area, the current law still allows a multinational enterprise to claim deductions for excessive interest expenses that are artificially created by intra-group debt. It is even possible for an Australian subsidiary of a multinational to claim interest deductions that are more than the total interest expenses incurred by the whole group.

A recent tax case involving Chevron highlights the problem. While the Chevron group as a whole borrowed at 1.2%, its Australian subsidiary attempted to claim deductions of interest expenses on an intra-group loan at 9%. The Federal Court held that 9% was excessive and adjusted it down to around 5%. It is a welcoming win for the ATO, as the result is possibly the best possible outcome under the current tax law.

Antony Ting is an associate professor at the University of Sydney