What the ATO is doing for small business – really 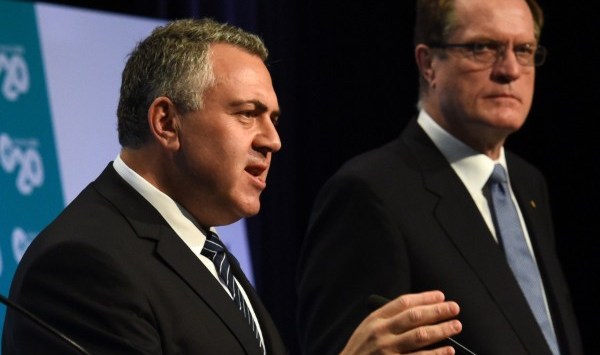 The Australian Tax Office says it has been listening to what small business has been saying about what it wants from the organisation.

The Commissioner said he and the ATO are “committed to deliver on the promise of a better experience for small businesses“.

Jordan said in the next month or so, there will be a new look and feel for the whole ATO website including a new homepage for business with a simplified layout to make it easier for small businesses to find what they are looking for. That may be a little controversial in light of recent taxpayers complaints about the ATO website lately, but the Commissioner’s intentions are honourable.

The Commissioner said the ATO is also about to release a new function for its app which includes a business performance check tool. This will provide a snapshot of profitability, cash flow, working capital and debt serviceability so that businesses can understand the financial health of their business. It also compares business performance against similar businesses in its industry using the ATO’s extensive benchmark database material.

A business will need a minimum of one month of its business data – usual income and expenses, assets and liabilities – to use the tool. Data from the last period can be saved to compare performance over time. The Commissioner said the ATO will not keep a record of personal information on its systems.

The Commissioner said more than 500,000 people have downloaded the app with the most useful features for small business being:

Jordan said another online tool that will be live very soon is myDeductions. This tool will allow taxpayers to upload their receipts and information for deductions for the 2015-16 year. Simply take a photo of the receipt and upload it. The deductions covered include:

Data will be stored in a taxpayer’s mobile device and at the end of the financial year, will upload into their tax return like other pre-filled data.

In August this year, the Commissioner said individuals and sole traders will be able to use voice authentication to access their ATO account and secure online services via the app on their smart phone or tablet device. AUSkey will not be needed.

The Commissioner said the ATO has put in place a number of strategies to resolve disputes as early as possible, in a way that is less painful, less costly and better for participation in the system in the long run. He said: “I expect my people to be engaging early through conversation, rather than drawn-out paper wars”.

SuperStream has been introduced to make the electronic reporting and processing of super contributions as streamlined as possible. The Commissioner said it “not only brings to an end the era of sending cheques and paper to funds, but removes the myriad of different formats each fund tried to impose on employers”.

With SuperStream, employers have a consistent and standardised way of sending employee contributions. They can submit a single contribution file for their employees rather than have multiple interactions in different formats previously required by each super fund or SMSF.

The Commissioner extolled SMEs to “keep working with us – it’s the only way we’ll get this right – together”.

Voice? Seriously? So we went from secure cryptographic signing over SSL, to using phones with no security whatsoever and voices which have no protection at all, and (remember “this call will be recorded for quality and training purposes”…) are recorded in no-security databases at dozens of places we use, all so our government can collect a permanently-unchangeable biometrics of us in a centralized government database. ?

How well did government-collected biometrics work out after hackers stole those databases in the Philippines? Or US Government employees post the OPM hack? Or Turkey? Or Syria?

I can not change my voice any easier than those millions of citizens can change their fingerprints!

The latest ASD report shows that, on average, our government suffers 4 new hacker breakins every day.

They should ABSOLUTELY NOT be storing Australian biometrics ANYWHERE.