When are compensation payments subject to tax? It’s not always cut and dried 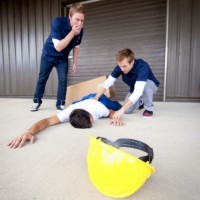 Compensation payments for a variety of reasons can be taxable or not. There are some basic rules to follow, but the result often depends on the facts of each case. A recent Administrative Appeals Tribunal decision is a case in point.

The AAT affirmed a decision of the Tax Commissioner that a payment made to a taxpayer for compensation for domestic assistance was assessable as ordinary income under the tax law.

In February 1997, the taxpayer’s husband suffered a serious injury while whitewater rafting during a team building exercise organised by his employer. The husband was unable to work and his wife (the taxpayer) gave up full-time work to become his carer. She continued to work part-time or on a temporary basis. In June 2012, her husband lodged a claim for compensation for domestic assistance under the NSW Workers Compensation Act in respect of the domestic assistance his wife provided to him during the period 1 January 2002 to 12 April 2012.

In November 2012, the Workers Compensation Commission awarded the taxpayer a compensation payment of almost $180,000. The taxpayer received the payment as a lump sum in the 2013 income year and lodged a private ruling application with respect to the payment seeking clarification of its tax treatment. In July 2013, the Tax Commissioner issued a private ruling stating that the compensation payment was assessable income for tax purposes. The taxpayer objected and the Commissioner disallowed the objection in full.

The taxpayer contended the lump sum was in the nature of capital and was not income according to ordinary concepts. She argued that the lump sum should be characterised as a receipt of capital because it:

However, the Tax Commissioner argued the payment had the character or was in the nature of ordinary income and was therefore assessable as ordinary income under the tax law. The Commissioner considered the payment was made for personal services rendered by the taxpayer. He further argued that the compensation payment was neither calculated nor intended to reflect any loss or earning capacity on the part of the taxpayer and therefore, there was no basis for arguing that the payment was a receipt of a capital nature.