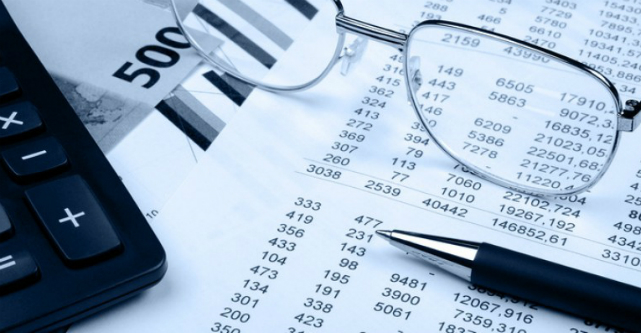 A tax industry body has made a plea for the federal government to radically reconsider how taxpayers claim tax deductions for work-related expenses, including floating the idea that Australia scrap work-related claims entirely.

In a pre-budget submission, The Tax Institute says the current state of play for work claims adds too much complexity to the system and “imposes additional compliance costs on individuals wanting to claim expenses because they have to comply with strict substantiation rules”.

The Tax Institute suggests one option could be to introduce a standard deduction limit, of $1000 or more. Workers could claim this standard deduction and then have to provide documentation if they wanted to claim any other deductions above this amount. Reports emerged earlier this year that the federal government was considering placing a universal cap on individuals’ claims.

However, The Tax Institute also suggests the government could go further and remove work-related expenses from the system altogether, in a similar way to New Zealand. This option would invoice “a suitable adjustment to marginal tax rates (which we would suggest would be an overall lowering of marginal rates at all levels),” the Tax Institute argues.

In the 2014-15 financial year, $22 billion dollars was claimed in work-related expenses in Australia. In July, Tax Commissioner Chris Jordan said this figure includes a large volume of people claiming more than they should.

“While each of the individual amounts over-claimed is relatively small, the sum and overall revenue impact for the population involved could be significant – in the vicinity of, or even higher than the large market tax gap of $2.5 billion,” he said at the time.

Senior counsel for the Tax Institute, Bob Deutsch, told SmartCompany that while he doesn’t believe scrapping the claims category altogether is “politically likely”, it’s important to put options like this on the table given there are current problems with how workers make their claims.

“It’s definitely worth putting out there, though it is less likely to be met with acceptance … but what we’re trying to grapple with here is that deductions are problematic for the tax office,” he says.

While other jurisdictions like the UK place stricter limits and have clearer terms on when work deductions can be claimed, the Tax Institute argues the rules for claiming different expenses in Australia — from home offices to clothing — are currently too complicated.

Over the past year the Australian Taxation Office has expressed the view that Australians do not understand when they are legitimately allowed to claim deductions for clothing, vehicles and workplace expenses.

Founder of Healthy Business Finances, Stacey Price, says the concept of scrapping work deductions in favour of changes to personal income tax rates will likely be very unpopular, as taxpayers will not be able to easily understand the benefit to them.

However, simplifying the claims system would help the tax agent community, as misunderstandings from clients about workplace claims are common.

“For tax agents, [simplification or removing the claims] would eliminate an area that does generate a lot of scrutiny,” Price says.

The big challenge with the system at the moment is that taxpayers often approach accountants thinking that they can make a claim that isn’t valid.

“People can try to educate themselves first about claims, which is great, but [it] can also be a downfall,” she says.

“They just Google ‘workplace deductions’ and then go hell for leather.”

Accounting body CPA Australia is more cautious about the concept of introducing a standard claims amount for work-related expenses.

“A standard deduction for all taxpayers may seem appealing on simplicity grounds but we believe it fails on equity grounds,” Paul Drum, head of policy at CPA Australia, says.

However, Deutsch tells SmartCompany placing a standard deduction amount in place would work if taxpayers were allowed to claim above that amount by providing proof they had incurred legitimate expenses.

While changes to how work-related expenses are claimed could form part of a broader review of the system, Drum says the idea of removing them entirely is also not the way to go.

“If work-related expenses were to be removed, we believe providing adequate compensation through changes to marginal tax rates would be unaffordable,” Drum told SmartCompany.

As a professional engineer I undertook a significant amount of work related travel most years, locally and overseas. As long as I had the receipts I was reimbursed by my employer and they were paid by our client.
Separately from that my company would pay or reimburse professional fees as they were required by some contracts.

I am now back on the tools and have found myself having to redo courses I had done before even though they did not have an expiry date. I can legitimately claim these as a tax deduction but the amount will vary from year to year (typically require renewal every 2 years). My employer will not pay these costs as I am employed on a casual basis.

I do not use a tax agent but follow the guidelines on the ATO website. I don’t necessarily agree with all the rules but they are reasonably easy to follow.
My suggestion is that a copy of all documentation be submitted.

Just the thought that the ATO might review the claims would reduce spurious claims.