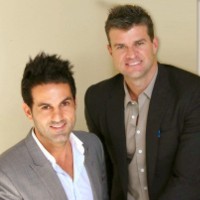 Western Australian-based telecommunications provider ZipTel has raised $5 million via a share institutional placement, allowing it to aggressively push its paid subscription base ahead of the launch of a new app later this year.

ZipTel listed on the Australian Securities Exchange via a reverse takeover in July, following a previous capital raise of $5 million.

Shares in the company have rocketed in recent weeks, peaking at 56 cents on November 5.

Two weeks ago, Perth-based founders Bert Mondello and Keaton Wallace embarked on a four day roadshow to Sydney and Melbourne. Wallace tells SmartCompany the second funding round was initially about demonstrating their product, rather than raising capital.

“But because of the level of support we received, we thought it would be a great time to consolidate and increase the aggressive rollout of the product,” says Wallace.

“The level of support from institutions has allowed us a really tight share registry, which will fast track our growth. It has been a great vote of confidence.”

An institutional investment involves the sale of securities to a small number of private investors instead of to the general investing public.

ZipTel’s placement of 11,904,761 ordinary shares to various domestic and international institutions was completed at 42 cents a share and increased the company’s cash reserves to around $8 million after costs of the issue. The company’s major shareholder K2 Asset Management participated in the raising to maintain its 16.3% holding.

ZipTel offers two core products – AussieSim, a pre-paid travel sim card, and ZipT, an app that lets users send and receive free calls and SMS internationally. ZipT has been touted to rival the likes of Skype and Viber.

Wallace says the proceeds of the raising will enable ZipTel to aggressively accelerate its subscriber acquisitions ahead of the imminent launch of its ZipT application next month.

“The money raised can fast track paying for subscribers,” he says.

The company will acquire 500,000 paid subscribers through third party marketing companies and Wallace says he hopes this will quickly turn into organic and viral growth for the ZipT app.

Mondello says ZipT has a unique proposition which differentiates it from competitors.

“I suppose they key point of difference is as the product is designed for a mobile-based platform, it did not originate as PC-based,” says Mondello, referring to competing product Skype.

He says ZipT also has an edge over products such as Viber, which can only be accessed via high speed network areas or Wi-Fi.

“We’re not trying to be another Skype, we want to be known as premium product, not a free app that works sometimes,” says Wallace.

Wallace and Mondello say the recent share price spike is a payoff for four years of hard work.

“There is recognition we have a global proposition here. It’s not product for small market, it’s a product targeting everyone in the world with a smartphone.”

ZipTel shares are currently sitting just below their peak at 55 cents.