10 most influential female board directors 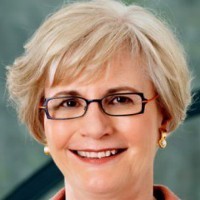 If you want to meet a well-connected and influential board director, approach a woman.

When it comes to our most ‘influential’ board directors on the ASX – those with the greatest number of direct and indirect board connections – women dominate the very top of the list.

Of the 25 most ‘influential’ non-executive board directors according to research by Optimice (originally prepared for AFR Boss magazine but examined separately for Women’s Agenda) 16 are female.

It’s a surprising result when you consider the fact women still make up a tiny percentage of non-executive board positions on the ASX, holding just 10.1% of the almost 7000 or so board positions analysed.

Men start to gain the ‘most influential’ advantage the further you go down the list, with women accounting for just 34% of the top 100.

Optimice determines how much influence a board director has according to how many other board members they can access directly (by sitting on the same board), as well as indirectly, via an introduction to another ASX board member who can be accessed from within their board network.

For example Linda Nicholls, who comes up as our most influential board director male or female, can reach 25 board members directly with her five ASX-listed board positions (Japara Healthcare, Medibank Private, Fairfax Media, Pacific Brands and Stigma Pharmaceuticals) and a total of 169 directly and indirectly.

The next woman on the list, Maxine Brenner, can access 24 board directors directly, and a total reach of 163. She’s followed by Jane Hemstritch (with a reach of  153 connections ) Eileen Doyle (with 148 connections), Yasmin Allen (142 connections) and Sandra McPhee (141 connections). These six women round out the top 10.

Optimice co-founder Cai Kjaer says he can’t fully explain the gender imbalance when it comes to influential board positions, but believes it could relate to the fact the pool of female board directors is still significantly smaller than that of male directors.

“It could be that it becomes a self-reinforcing whirlwind,” he says. “People often go with people they have heard from before. But because there are so many men, that echo chamber of ‘who to nominate’ is not nearly as loud as it is for these women.”

Although women hold the majority of the top ‘influential’ positions according to the Optimice research, the female dominance changes significantly when the list of directors is analysed according to ‘power’ – determined by adding the market cap of the total number of ASX listed companies the person is a board member of. On that list, women hold just eight of the top 25 positions. According to this data, Jane Hemstritch is our most ‘powerful’ female ASX board director

The data was pulled from Thomson Reuters Connect 4 on 1 February 2015, and only covers chairman, deputy chairman and non-executive director roles.

See the top 10 most ‘influential’ female directors below, as well as what we’ve gleaned from their education and career backgrounds.

Linda has an MBA from Harvard Business School and is the former chairman of Australia Post and HealthSchope.

She also holds a BA in Economics from Cornell University.

Maxine is a former lawyer (at Freehills), investment banker and a previous managing director of Investec Bank.

She has a Bachelor of Law and Arts from the University of NSW.

Jane is the former Asia Pacific managing director of Accenture.

She has a Bachelor in Biochemistry and Physiology, and studied at King’s College London.

Eileen has previously served as Deputy Chairman of the CSIRO and has writer a book, Back to Business Basics.

She has a PHD in Mathematics from the University of Newcastle.

Yasmin is a former investment banker.

Sandra is a former Group General Manager of Qantas and has a background in sales and marketing.

Rebecca is a former CFO of BP Australia.

She has a degree in Town Planning (Hons) from University of NSW, and a Master of Applied Science from RMIT. She has also completed executive education at Harvard Business School and Cambridge.

Boards include Tabcorp, Healthscope, and ANZ.

Paula has had a long career in finance, with senior positions in investment banking.

Jacqueline is a former MD and CEO and Ericsson.

Sam is a former member of the senior executive team at IAG, and has held senior positions with Singtel Optus.

She has a Bachelor/LLBLaw, Political Science, and English, ANU.