The 10 most powerful part-timers 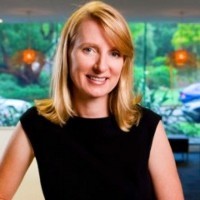 ProfessionalMums.net and Women’s Agenda have compiled a list of the country’s most powerful part-time workers to show that influential careers can be flexible.

This is our inaugural Part-Time Power List, and it showcases the wide range of working arrangements some of the country’s most senior leaders are using, proving you don’t have to work “full-time in the office” to hold leadership positions.

See Jane Lindhe’s introduction to the list, including how it was researched, here.

Check out the women and men who made the list below.

Working arrangement: Currently works 22.5 hours a week. Flexible days and hours (self-determined) and able to work from home or at the office. Flexibility is required for travelling and is supported by partner. Works three hours a week for Clovelly Community Bank and takes part in monthly board meetings.

Career path: Cunniffe’s expertise in sustainability and community investment have becoming increasingly important in financial markets (from retail banking through to institutional investment), which have helped her accelerate her career.

What makes this person powerful: The ability to cross promote financial services and sustainability expertise across formal working engagements and informal community initiative participation (including school, sporting and community sustainability). Also, it’s her passion to share the commercial virtues of sustainability to engage stakeholders that may have not previously been open to dialogue.

Working arrangement: Four days a week, with flexibility around working from home and family commitments

Career path: Osler has a background in finance and investor relations, as well as equity markets as an analyst at investment banks, and now works in people and culture.

What makes this person powerful: Specialised knowledge and experience.

Working arrangement: A 70% fractional basis, having predominantly worked 40-60% while her children were young.

Career path: Latimer has extensive public health and private practice physiotherapy experience. On completion of her PhD, she worked as a researcher at The George Institute of Health (2008) before being promoted to Professor in the medicine faculty at The University of Sydney.

What makes this person powerful: Latimer has an international reputation in musculoskeletal disease and has completed extensive research in the area of fetal alcohol spectrum disorders. “All this has been possible working part-time. Had my research position been offered on a full-time basis only I would have had to reconsider my choice of career,” Latimer says.

Working arrangement: Three days at the office, and working from home when required.

Career path: Both Tuffs and Goss have taken part in leadership development programs, choosing to direct their careers towards roles that have sales and delivery responsibility rather than functional ones (eg: Head of Communications or Head of Marketing).

What makes these people powerful: The purpose of this role is to identify, qualify and seed new business growth areas for Ericsson. They have to work across multiple stakeholders including external ones such as customers, industry bodies, third party partners and internal ones at a local, regional and global level to secure funding and support. It is a strategic role and requires strong interpersonal skills and the ability to effectively influence.

Lisa and Sarah were nominated by Amanda Milledge, who is currently researching new ways of working. She believes the terms ‘full-time’ and ‘part-time’ will become old-hat since it’s not how long you take but what you contribute that matters.

Working arrangement: Two days spread over four or five days, with a mix of working from home, the office and clients’ offices. Flexible model, changing every week to fit work and home commitments. Danziger has worked part-time for over 8 years, ranging from 30% to 80% capacity under many different models (4-5 short days, fixed days off, variable hours/days, working from home).

Career path: Danziger started her career in BCG’s Sydney office as an Associate in 1997. She worked for British Airways’ Strategic Development Group for 12 months before completing her MBA at Harvard Business School in 2002. Danziger spent four years in BCG’s New York office before returning in 2008 to Sydney where she was elected partner in 2012. Danziger leads BCGs Australian Marketing and Sales Practice.

What makes this person powerful: She’s an engaging and inclusive leader; hugely respected internally and with clients alike.

Working arrangement: Three days per week over 4 days in the office, so he can do the school run every day and have one day at home with his youngest child.

Career path: Smith has grown the Fremantle Foundation over four years to become a leading philanthropic organisation in WA, donating hundreds of thousands of dollars to charities every year.

What makes this person powerful: Smith is exceptional at connecting people. His drive and determination for philanthropy is contagious and he is inspiring people to give every day.

Career path: Musica Viva is the world’s largest presenter of chamber music and a member of the Major Performing Arts group. At just 41, Falzarano has been CFO of the company for a decade. Prior to joining, Falzarano was a corporate accountant working for Deloitte. She moved to Australia from the UK with her young son and has flourished in the not-for-profit sector.

What makes this person powerful: Under Falrzarano’s financial leadership, Musica Viva is one of the strongest and most sustainable arts companies in Australia. In 2014/15 it is expected to record its largest surplus in the company’s 70-year history.

Working arrangement: Four days a week, with flexibility to work at home when needed.

Comments on career path: As well as being the director of a National Contact Centre, Latanis also volunteers as president of a childcare centre.

What makes this person powerful: As well as her director role in a major organisation, she’s proof that it isn’t necessary to work in a traditional full time role in order to have a fulfilling career and access to promotion opportunities

Working arrangement: Five days a week from 8am to 2:30pm

Career path: Rubinsztein as previously General Manager, Strategy at Commonwealth Bank/Colonial First State. She has worked part-time for over 10 years as a general manager and during that time has had three children.

What makes this person powerful: As well as her leadership role at the bank, Rubinsztein is on the board of the Association of Super Funds of Australia (ASFA), the peak body for superannuation in Australian.

To read the rest of the list go to Womens Agenda.