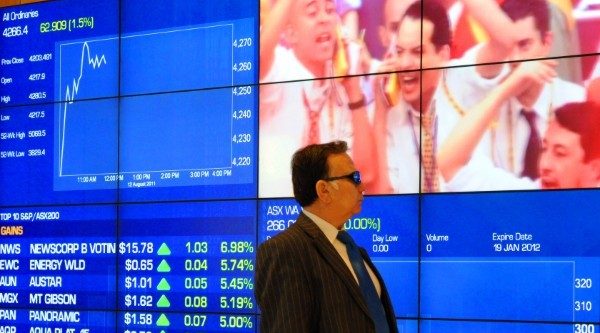 By Karen Coombs and Cara Waters

There have been some high profile collapses over the past year and continuing tough economic conditions show the rocky times are not over yet.

Voluntary administration rates for listed companies are set to soar, according to research published by CPA Australia earlier this year.

The research found nearly a third of all ASX-listed companies were close to insolvent in 2013, including more than half of the smallest 500 and 28% of medium-sized companies.

This trend is expected to also be reflected in the SME sector.

“Whatever you call it, there is some trouble brewing and it could be quite drastic and aggravated.”

We take a look at the most significant collapses of 2014 to identify salient lessons for your business.

Pie Face went bust last month with 20 of its stores closed after a week. The collapse came after Pie Face quietly closed six of its seven stores in New York City earlier in the year. At the time of entering administration, there were 70 Pie Face stores in Australia with 43 of them franchised.

The 11-year-old business, founded by former Wall Street banker Wayne Homschek and interior designer Betty Fong, has stores around Australia and in the US and Singapore and openings were planned for the Middle East, Japan, Korea and the Philippines. While the causes of Pie Face’s troubles have still not been identified there is speculation aggressive expansion is to blame.

The company – involved in freight, warehousing and distribution – has operated since 1982 with branches in Melbourne, Sydney, Brisbane and Perth. Its major clients included Coca-Cola Amatil, Schweppes and Bluescope Steel. According to an IBISWorld report the company suffered in an industry where productivity gains have been slowing.

Brisbane-based shipbuilding company Aluminium Boats Australia collapsed into voluntary administration following the loss of one its navy vessels in a massive fire. The fire that destroyed the company’s HMAS Bundaberg was the catalyst for the company’s downfall, according to a statement from company director Roy Whitewood.

The 15-year-old business specialised in high performance commercial, luxury and defence vessels and employed 160 staff. Ninety were laid off immediately after the fire, followed by another 70 early in November.

The transport and logistics company Roadwise Transport Group collapsed into administration after suffering a large loss in the 2013 financial year. The Sydney-based company turned over more than $10 million a year and had 50 employees.

Administrator Andrew Cummins told SmartCompany the business suffered a large loss in the 2013 financial year. “The loss was due to a loss of customers and an inability to match overheads with turnover,” Cummins says.

Express Industrial Supplies, a retailer of industrial and engineering supplies, collapsed into administration in November. The retailer is 23 years old and employs 68 people.

Founded in 1991, Express Industrial Supplies supplied power tools and other industrial supplies from branches in Padstow, Tuggerah and West Gosford in New South Wales and Thomastown in Victoria.

A luxury online retailer selling designer brands such as Ralph Lauren, Yves Saint Laurent and Calvin Klein at discounts of up at 80%, Mynetsale.com.au collapsed in July, going into liquidation three months later. All of the business assets went up for sale, including a database of more than 600,000 customers. Mynetsale.com.au turned over approximately $12.4 million a year before its collapse.

Administrator Brent Kijurina told SmartCompany the administration was the result of “a lack of funding from the French holding company” which backs Mynetsale, which was at the stage where it needed more capital.

“The business is backed by a French company, which has a number of investors who ultimately decided they probably didn’t want to invest any more in the Australian subsidiary,” said Kijurina.

Family engineering business Trazlbat, which counted Lend Lease, Leightons and John Holland among its clients, collapsed into administration in September. Administrators said Trazlbat’s collapse is a familiar story where a family-run business grows and takes on larger contracts with excessive costs.

Founded by John O’Connor in 1989, Trazlbat employed 50 people and turned over around $20 million last financial year. Trazlbat owes around $500,000 to the ATO and has estimated deficiencies of between $1 million and $2 million.

Home-builder Stellar Homes collapsed in November leaving many South Australian home owners with half-built homes. The downfall was blamed on a difficult economic climate for builders in South Australia and stiff competition in the residential construction sector.

Stellar Homes was established by Darryn Peter in 2004 and has built more than 500 homes across Adelaide in the past 10 years. Administrators say over $3.4 million is owed to secured creditors and $1.5 million to unsecured creditors.

D.I.M Furniture went into administration in October, one of a string of companies to be liquidated by Melbourne’s Dimarelos family within 12 months.

The 30-year-old family-owned business had offices in Brisbane, Sydney, Melbourne, Perth and Devonport.

The administration of D.I.M followed the Furniture Spot chain’s collapse in Western Australia and an investigation is being conducted by liquidator Hall Chadwick into the sale of the business before the trading company’s collapse owing around $6 million to creditors.

A victim of the price wars currently raging between pizza chains, Western Australian pizza chain Little Caesars collapsed into voluntary administration but appears to still be operating. The family business was founded by pizza chef Theo Kalogeracos and his wife Elizabeth in 1996. Estimated annual revenues were around $2.4 million.

Online wine wholesale company Wine Growers Direct Australia collapsed into administration but found a new home under Crackawines.com.au brand. The company, founded by Andrew Dal Broi in 2009, was sold to The Wine Guys six months prior, a business owned by the Cracka Wine Company. The website is now operating as a separate entity from the collapsed company.

Under increasing pressure in the transport industry, Australian Entertainment Logistics collapsed into administration in October. Operating from New South Wales since 2011, it provided touring trucks and air-freight services with staff experienced in the entertainment and touring industry.

Family-owned catering company Hudson Caterers began trading in 1981 but collapsed into voluntary administration this month. Operating in the Hunter and Newcastle regions in New South Wales, Hudson Caterers has previously catered for the Groovin’ the Moo music festival and RAAF air shows. The business was founded by Alex Hudson, a former army chef trained as a Warrant Officer caterer, and managed by his daughter Julianna Luxton.

Western Australian pasta restaurant chain Pastacup was placed into voluntary administration in September. Opening in Melville in 2008, it has 18 franchised stores across Perth and the Western Australia. Currently still trading, the franchise is owned by Stuart Bernstein who came up with the concept of serving pasta in cups.

Jason Gehrke, director of the Franchise Advisory Centre, told SmartCompany administrations of franchises have a widespread impact as what typically happens is the administrators will review the operations of stores and if they are found to be unprofitable will close some.

“This has a flow-on effect which can shake consumer confidence in the brand and it can diminish group buying power,” he says.

The Cupcake Bakery collapsed into administration in March. Launched by husband and wife team Alex and Angela Perry in 2006, it sold cupcakes individually or packaged up for corporate and private events. The business model had a mix of company-owned and franchised stores.