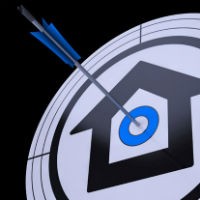 The latest NAB report identified 28 suburbs within the capitals that are tipped to enjoy above average capital growth (click on the suburb name below to go to CoreLogic RP Data suburb data page).

No reasons are given for the selection. The forecast comes from a survey questionnaire on the Australian residential market to around 300 industry panellists.

“Our assessment of the market remains that house price growth will continue to moderate because of rising unemployment, sluggish household income growth, affordability concerns, cost of living pressures and high levels of household debt,” the report said.

“We are also forecasting two further interest rates cuts of 25 basic points in March and 25 bps in August 2015 (bringing the official cash rate down to 2%) which should support house prices a little more than previously expected.”

The sentiment was softer in all states and still deeply negative in WA.