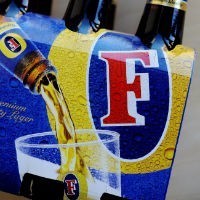 An Adelaide plumbing manager has lost his unfair dismissal case before the Fair Work Commission after he was sacked for buying two slabs of beer for a company Christmas party with the business’ credit card.

James Farrelly owned and operated his own plumbing business, Jaypee Plumbing, before it was taken over by Adelaide-based mechanical service provider Seasonair in 2014. Farrelly subsequently took a job with the company developing its plumbing operations.

Farrelly was provided with a company credit card and was given specific training on how the card should be used and its strict limitations, including that any questionable expenditures should be checked with Seasonair managing director Mark Beatton.

In early December 2014, Farrelly asked Beatton if the plumbing department of Seasonair could have its own Christmas party, but Beatton denied the request in favour of holding one company-wide Christmas party.

Farrelly was subsequently terminated in January 2015 for unauthorised and inappropriate expenditures on the card.

He argued the termination of his employment lacked a valid reason and was procedurally unfair. But Seasonair said the misuse of the credit card and a subsequent attempt to characterise the expenditure as a “supplier gift”, represented serious misconduct and breached the trust and confidence of the company.

Senior deputy president Matthew O’Callaghan agreed, finding Farrelly was aware Beatton refused to authorise a separate Christmas party for the plumbing division and that logically extended to non-authorisation of expenditure associated with any Christmas party.

“Consequently, his actions and approach substantially undermined the confidence which Seasonair could have in him in the future,” said O’Callaghan, dismissing Farrelly’s claim.

Workplace lawyer Peter Vitale told SmartCompany once an employer has made clear what the permissible use of a company credit is, a breach of that use will usually justify termination.

“As we’ve seen with the likes Craig Thomson, if it can be established a card has been used for inappropriate purposes, then that should be enough to justify termination,” says Vitale.

Vitale recommends employers set clear guidelines for the use of company credit cards, so the employee does not have the scope to argue an expense was authorised when it was not.

He says the other important factor in the judgement was Farrelly had gone against a clear direction from management.

“Because he had already asked about the possibility of having a separate function and was told that was not authorised, he had already been given a specific direction in relation to what he ended up doing,” Vitale says.

Vitale says a situation where an owner of a business comes to work with the company that has taken over the enterprise is exceptionally difficult to navigate.

“It is understandable why previous owners are kept on, but it is a fraught arrangement,” he says.

“Experience shows that it’s really critical to have a clear contract that sets out the expectations of the employee and the new owner of business right from the outset,” Vitale adds.

SmartCompany contacted Seasonair but the company declined to comment.