The devil is often in the payroll detail 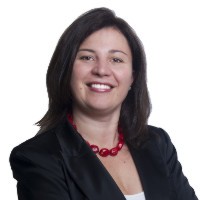 How do you ensure that your employees are engaged under the correct industrial instrument? When does Fair Work’s National Employment Standards (NES) become relevant? How much interpretation is allowed or necessary and why can’t I just pay someone extra and be released from complex responsibilities relating to Fair Work, Modern Awards or EBAs?

These are all questions we are asked often and, unfortunately, there’s not a ‘one size fits all’ answer.

If you consider the industrial instruments covering employees in the national system and their content as a pyramid – at the top are Fair Work and NES. NES covers the minimum standards of employment in Australia for most employees. Underneath this are Modern Awards. These awards contain at least the entitlements covered in the NES and may have additional provisions.

For example, Fair Work says that employees will be paid their base rate of pay when they are on annual leave. Many modern awards then have greater provisions when an employee is on annual leave (such as annual leave loading).

At the base of the triangle, with potentially more generous provisions are EBAs. An employer will not have an EBA approved if it does not contain at least the same or greater provisions to the Modern Award relating to the group of employees to which the EBA covers.

Sometimes the Fair Work Act may be silent on a particular matter such as the cashing out of annual leave or leave entitlements whilst on workers compensation. This would generally indicate that the action is not allowed; however, if you then refer to the relevant modern award or agreement or the relevant state/territory legislation (e.g. Workers Compensation Acts), it may very well allow for the action.

Unfortunately for many businesses that employ the tactic of paying above award rates, this does not exempt you from your obligations to provide for a minimum set of entitlements of provisions. Paying above award rates just means that you’ll be paying more compensation when the employee complains to Fair Work!

Our advice is to ensure that you go to the trouble of properly documenting an employment contract for each employee so there can be no misunderstanding about the terms of employment or the provisions afforded to the employee under the binding industrial instrument.

Have a look here for more details and to watch a one minute video on what could go wrong.

For a confidential discussion regarding payroll fraud or other concerns you might have about the governance of your payroll operation, give me a call on 02 9818 1931.