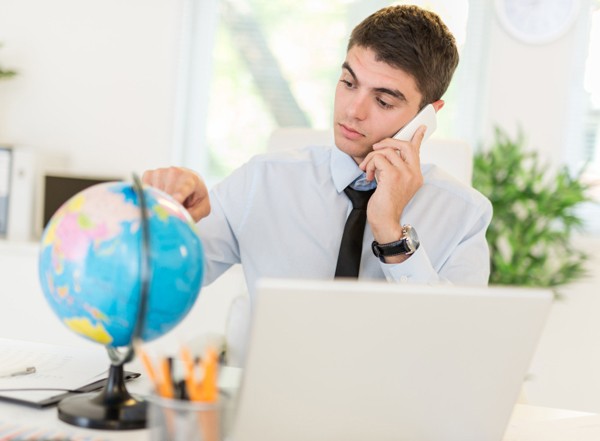 Businesses need to be preparing themselves for several megatrends that will cause great economic upheaval in the next two decades, according to a principal scientist at the CSIRO.

While farmers and primary producers have seen first-hand the damaging effects of climate change, this is just the tip of the iceberg according to Dr Stefan Hajkowicz, head of strategy and foresight at the CSIRO.

Speaking at an event hosted by the Victorian Chamber of Commerce and Industry in Melbourne this morning, Hajkowicz said companies should also be worried about the rise of antibiotic superbugs and how Australia will compete with Asia.

Here are the five biggest challenges Australian businesses will need to tackle by 2050, according to Hajkowicz.

1. The need to feed more

Hajkowicz says there are currently around 7 billion people on the planet but that figure will hit 10 billion before the next century.

At the same time, demand for food is expected to increase by 70% by 2050, putting a massive strain on food producers.

As a result, there is a desperate need for businesses in the agricultural industry to innovate and meet growing demand.

“Not only do we have more people, but people are eating more,” Hajkowicz says.

“This is good, people are moving out of malnutrition. There is a big growth trajectory for agriculture now.”

But the scientist points out antibiotic resistance is even scarier.

By 2050, it is predicted there will be 22,000 deaths in Australia every year caused by penicillin no longer proving effective to infections that can be treated now.

“We are seeing a drying up of antibiotics,” Hajkowicz says.

“There is a desperate need for innovation across the pharmaceutical industry to solve this problem.”

3. The rise of Asian economies

Asia is set to become an economic “hotspot” in the near future, according to Hajkowicz.

For the first time in history, the services sector of the Chinese economy is now larger than the manufacturing industry.

“This is good for Australia as it is a new market,” Hajkowicz says.

“But it is also a new source of competition.”

It’s no secret that Australians are living longer and therefore putting more of a strain on the local economy.

Hajkowicz says by 2043, 40% of government taxes are expected to be spent on healthcare, which will have massive flow-on effects for Australian businesses.

Where companies can play a part in preventing escalating healthcare costs, according to Hajkowicz, is by tapping into the demand for healthier products.

“I think we will see more of that,” he says.

5. The exponential growth of digital disruption

The way Uber has managed to decimate the taxi industry is just the beginning if theories of exponential technological growth are to be believed, according to Hajkowicz.

However, the businesses that will truly thrive in the information age will be the ones that listen to what consumers want and put people, not technology, first.

“So many of us are feeling an information overload,” Hajkowicz says.

“You probably walk past two coffee shops in the morning to get to the one you like. It is probably not just about the coffee.”