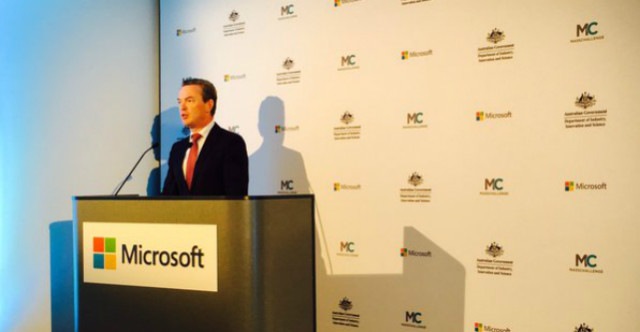 A series of “world leading” tax incentives aimed at encouraging early-stage investment in startups will officially come into effect from July after being passed by the Senate on Wednesday morning in a “triumph” for the Australian startup ecosystem.

The Tax Laws Amendment (Tax Incentives for Innovation) Bill 2016, first announced as part of last year’s $1.1 billion innovation statement, passed smoothly with the support of the opposition, including slight alterations that were confirmed in Tuesday night’s budget.

StartupAUS CEO Alex McCauley says this is a “huge win” for Australian startups.

“It will rapidly increase the amount of capital available to them, and the sources of capital they can call on,” McCauley says.

“It’s also a huge win for anyone interested in investing in startups. They now have the world’s most generous incentive to explore the investment opportunities available in this exciting space.”

These eligible companies will have to meet set criteria to be determined as “innovative”, must be under three years old and have expenditure of $1 million or less with assessable income of less than $200,000 in the past income year.

The tax cuts will also be on offer to non-sophisticated investors, but with an investment cap of $50,000 per year.

The fund size for Early Stage Venture Capital Limited Partners will also be increased from $100 million to $200 million, with the tax offsets back-dated for existing funds.

McCauley adds that it’s important the tax incentives have been passed before the upcoming early election in July.

“There has been a Herculean effort by government at all levels to get this legislation right, and to get it across the line as soon as possible,” he says.

“There was a real risk that if it wasn’t ready in time this measure would be lost in the chaos of an early election.

“The fact that the government has kept working hard on this through the turmoil of an early budget and an early election is gratifying.

“This reaffirms the centrality of startups to the Turnbull government’s national economic agenda.”

Minister for innovation Christopher Pyne says the tax incentives are a core componenent of the government’s innovation agenda.

“They will promote investment in innovative high-growth potential startup companies and improve businesses’ access to venture capital,” Pyne says in a statement.

“Over 4500 startups are missing out on equity finance each year. These measures will help startups get access to crucial funding to grow their startups.

“Investors, venture capital funds and innovative companies in all industries will benefit from these measures.”

According to the opposition’s startup spokesperson Ed Husic, the attention now turns to the government’s more controversial innovation policies.

McCauley says it is now important for the sector to build on this momentum and continue to pressure the government.

“We should celebrate it as a triumph for the sector and look to build on this success and momentum in the upcoming election campaign,” he says.

“Both parties have great ideas in this space.

“We’re looking forward to working closely with them to help refine them into policies to help make Australia a world-leader in startups and innovation.”

Great thing to do. Government has to provide great tax incentives to new innovative businesses. This would result in two things, investment would increase in this area. And we all know that greater the investment in something always results in higher chance of getting a great product out of it. Tax incentives with decreasing interest rate shows that government is really encouraging entrepreneurs and business owners to invest their time in something new!
Small business entrepreneur? We can help http://www.leopardgroup.com.au