The online, instant loan market heats up with another player 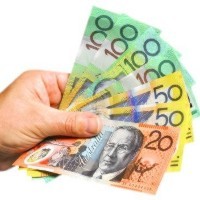 The Moula funding platform shortens the application process by using the loan applicants online retail footprint to determine whether or not to approve them for a loan within five or 10 minutes. At the moment, it only plugs into data from eBay stores, but will soon be expanded to include retailers who have a presence on Magento or Bigcommerce.

Co-founder Andrew Watt says eventually the platform could also pull data from accounting software like Xero, payment gateways like Stripe and Braintree, or point of sale software providers like Square and Vend.

“Anything that is electronic, we can put in,” Watt says with a laugh.

“We want to be able to bank as many small businesses as possible, which means looking beyond those eBay merchants.”

Watt developed Moula with co-founder Aris Allegos, and the platform has been lending to eBay merchants since May. Currently, it offers just the six-month working capital loans of between $2000 and $25,000, with fixed fortnightly repayments. Watt says if a business was to borrow $10,000 typically they would pay a little bit more than $700 in interest.

Allegos says Moula is trying to help fix a gap in the market for small businesses that are struggling to be approved for traditional credit, a particular problem for online merchants, with a lack of physical presence and limited track record.

He gives the example of one of Moula’s first successful loan applicants: an eBay seller in Queensland who’s business was growing quite aggressively, but a broken down delivery van was threatening to derail the business.

“She needed some funding pretty quickly so she could maintain her delivery cycle,”Allegos says.

“We loaned her money to replace her old vehicle and she was back selling products, keeping the fires burning in her online store and eBay store.

“Her volumes were quite good, but a bank would never have been able to give her that money in a day.”

The startup has raised about $1 million from “private investors” and its founders and is currently focusing solely on growing in Australia. Allegos says the startup will be looking at both debt and equity raises in the coming months.

“Our product is cash, we need to put cash out the door,” he says.

“For us it’s also about growing the business quickly and providing this solution to as many SMEs as possible.”