The RBA was right to cut rates and should do so again: Shane Oliver 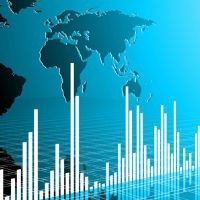 Ever since commodity prices and the mining investment boom peaked three or four years ago there has been a constant chorus of doom regarding the Australian economy: the reversal of the mining boom will knock the economy into recession, house prices will crash and banks will tumble.

This view was particularly prevalent amongst foreign commentators who seemed to think that resource extraction was the only thing Australians do.

While this tale of doom has not happened, the economy has been a bit lacklustre: growth has been sub-par, wages growth has fallen to record lows, unemployment has drifted up and confidence readings have remained poor.

Against this background, the RBA has rightly cut interest rates again.

INTEREST RATES AND THE ECONOMY

There are good reasons for the RBA to be cutting rates further:

Partly reflecting this, consumers have started to become more focused on paying down debt again, which is a sign of increasing caution and will threaten spending if sustained.

The main risk in cutting rates again is that it further inflates the residential property market. However, strong property price gains are largely concentrated in Sydney and the RBA sees this as more of an issue for the prudential regulator, APRA.

Overall, we see the RBA’s cut as justified and, given that there is rarely just one move, we expect another 0.25% cut taking the cash rate to 2% in the months ahead.

However, it’s not that I am bearish on the economy. Rather it makes sense for the RBA to be taking out some insurance to make sure growth holds up and improves. There are several reasons for optimism that growth will improve:

Overall, we see growth picking up gradually as the year progresses to a 3-3.5% pace through next year, but the RBA’s latest rate cut and one more to come provide confidence that this will occur.

There are several implications for investors. First bank term deposit rates are becoming even less attractive and will remain low at least into next year. As a result, there is an ongoing need to consider alternative sources of yield and return.

The RBA has indicated “a lower exchange rate is likely to be needed”, and it is likely to ease further till it gets this. The Australian dollar is oversold short-term and so could have a short-term bounce, but expect a fall to US$0.70 by year end. So continue to favour unhedged over hedged global shares.

SHANE OLIVER is head of investment strategy and economics and chief economist at AMP Capital and is responsible for AMP Capital’s diversified investment funds.

He also provides economic forecasts and analysis of key variables and issues affecting, or likely to affect, all asset markets.