This new guy’s a dud and he got my job. How can I make my boss see that? 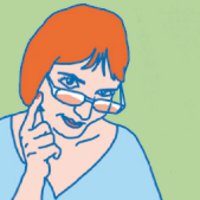 I recently handed over half my job to a new person who is ‘meant’ to be my boss.

But he shouldn’t be based on his performance: he is not good at the job; not following up; not telling me where he goes during office hours; and I know his mother is sick with cancer and he is having his second baby.

I would hate all the hard work I have put in to go to waste, which it now seems like it will. My colleagues in the office agree with me but when I talked to his boss and my boss about it, she told me that he was getting on top of things and doing a very good job and I would see results very soon.

I really respect her opinion but I love the company too much to stand by and do nothing. So I went in with a whole list of proof, like where he was for two hours after our usual Friday lunch. He took days to get back to a client that I would get back to in an hour. He has this really off-putting way of dealing with them, which I told my boss about. She told me to focus on the job – but I am!

I am very keen to be given the opportunity to assume a leadership position, but when I give my opinion on things I am obviously not listened to.

It has got so bad I try to avoid even talking to this person as I can’t work for someone I can’t respect. What can I do so they realise he is a bad mistake and that I could do his job far better?

You can shut up. Why? Let’s run through a little scenario.

There you are in your boss’s office running through your list of complaints about someone that she thinks is doing a good job. While you run through your proof, here is what she is thinking – about you!

“Oh bugger. She’s obviously very angry she didn’t get the job and she can’t put it behind her. Wow. She keeps going on about it even when I try and change the subject.

“Bloody hell. She has absolutely no insight into how she is coming across. When is she going to change the subject? Gee, she obviously isn’t as good at working with people as I thought. She struck me as such good leadership potential. I wonder if she can change.”

That conversation was all about you. And none of it is what you want. Here is what you have to do. Put your jealousy and anger at the fact that you didn’t get the position behind you. You respect your boss and she chose someone else. Start to really open your mind as to why that was. And offer to help your boss. He is obviously going through a really rough time. I am quite sure that if you stepped in and assisted the company, and him, it would reflect far better on you and your chances for promotion than the current stance you are taking.

Aunty B is on holidays sailing the South Pacific and sipping piña coladas, but she will be back soon with fresh advice for your business.

Email your questions, problems and issues to   auntyb@smartcompany.com.au right now!