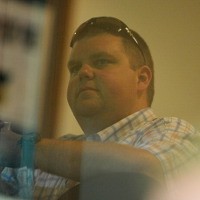 Troubled businessman Nathan Tinkler has lost his chance to secure an $80 million purchase of Peabody Energy’s Wilkie Creek mine in Queensland, after he missed several payment deadlines.

Touted as his comeback into the coal game, Tinkler had paid a $5 million non-refundable payment on the mine through his company Bentley Resources.

But the energy giant is now fed up and moving on, releasing a statement yesterday saying it has terminated the sale and purchase agreement with Bentley Resources and is now looking at alternatives for the sale of the mine.

Tinkler had originally said the sale was worth $150 million, but that is understood to have included the funds necessary to bring the mine back into operation.

Peabody revealed the transaction was worth $70 million, with the addition of about $10 million for a rail contract debt.

Tinkler, who had made and lost his fortune through speculative plays in the coal industry, previously told The Australian the Wilkie Creek deal would be funded via his own equity and with support from investment bank Jefferies and its associated private equity firm Leucadia.

The former Hunter Valley electrician confirmed in May he would let go of the farm, announcing to the media he would sell the asset to a consortium of local and overseas parties from the Middle East on a “walk in, walk out” basis for an undisclosed sum.

However, in June, Harvey Norman’s top boss revealed to Fairfax Tinkler had borrowed money from him to establish his presence in the racing industry and thus he had a caveat over the sale.

Tinkler had suggested the sale of Patinack Farm would fund the acquisition of Wilkie Creek.