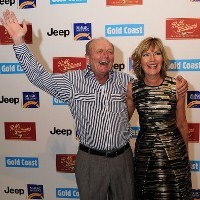 The first of four auctions to sell former billionaire Nathan Tinkler’s beloved Patinack thoroughbred horse farm was held at Harvey’s Magic Millions sale yard on Sunday and the first day’s sale total of $22.48 million means Harvey is well on his way to realising his debt associated with the farm.

Harvey called in an estimated debt of $40 million from Tinkler in August, after revealing he had lent money to Tinkler to help the former mining mogul establish his presence in the horse racing industry.

Tinkler had been clinging onto control of Patinack Farm since it was placed into liquidation in 2012 and said in May he intended to sell the asset to a consortium of local and overseas parties from the Middle East on a “walk in, walk out” basis for an undisclosed sum.

But within months staff at the farm told Fairfax they were told to look for new work as Harvey could not “hold on any longer” to recall his debt.

Patinack Farm is made up of three major properties, including a 3300 acre breeding facility at Sandy Hollow in the NSW Hunter Valley, a 1000 acre training facility and stud farm at Canungra on the Gold Coast, and 950 acres of undeveloped horse country at Monegeetta, Victoria, which is close to the racecourses of Melbourne. In August, it had bloodstock of 560 horses.

Harvey, who reportedly sat next to Tinkler and former Magic Millions owner John Singleton at Sunday’s auction, told Fairfax he was “very happy” and joked that Tinkler “thinks he’s been robbed”.

According to a statement from Magic Millions, Harvey’s Baramul Stud was the biggest spender on the day, spending $3.84 million on 12 horses.

The single largest sale of the day went to Coolmore’s Tom Magnier, who paid $1.1 million for mare Believe’n’succeed from vendor Attunga Stud, although the top price for a Patinack Farm lot was $850,000 for group one winner Bel Mar, which was purchased by Goldin Farms from South Australia.

Auctions are expected to be held for Patinack’s properties in October, starting with the Canungra premises on October 23.

Nathan Tinkler declined to comment to SmartCompany this morning and Gerry Harvey did not respond to a request for comment prior to publication.