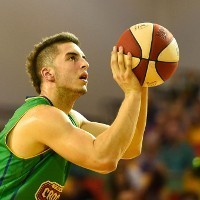 The Townsville Crocodiles has become the second National Basketball League club to collapse into voluntary administration within the space of a week.

Moira Carter and Robert Humphreys of BRI Ferrier will manage the administration.

The collapse of the two clubs has cast further doubt on the future of the NBL, with just six teams reportedly lined up for next season.

In a statement issued by BRI Ferrier on Tuesday, the administrators said the Crocodiles had recently “made big strides towards securing a positive future, including securing funding for a new court”.

But BRI Ferrier said the NBL had been unable to “provide clarity around the number of teams remaining in the competition or what the next season will look like” and that was one of the factors that prompted the club to enter voluntary administration.

“As a result, the club has been unable to go to sale for the next season. Without additional funds coming in, the board has no alternative but to place the company into voluntary administration,” said BRI Ferrier.

“This has been a truly devastating decision for the board to make,” said Townsville Crocodiles chairman Darren Finlay in the same statement.

“However, it does not spell the end for the Crocodiles. This is a necessary and important step in the process of rebuilding the Crocodiles for the future and provides some breathing space whilst the NBL finalises its plans for the 2016 season.”

The NBL said in a statement on Tuesday it has worked closely with the Townsville Crocodiles over the past few months but “it was decided this process would grant the club the greatest flexibility to explore their options”.

The NBL said it has provided “significant financial support to the club over the past few seasons” but it requires all clubs in the league to be self-sufficient and commercially viable in order for the league to continue.

“Our priority is the long-term viability of clubs,” said NBL chairman Graeme Wade in the statement.

“We know that clubs operating in regional areas can be successful, but they have to be able to operate independently.”

But Finlay said the club is “more than a basketball team”.

“For nearly 25 years the club has been part of the fabric of the Townsville community, providing entertainment for fans, inspiration and pathways for children, stimulation for the economy, and pride to the entire region,” he said.

“The club’s members, staff, players, volunteers and board have poured their heart and soul into the organisation over the years and there are no words that can truly express the gratitude of their tireless devotion and efforts.”

Finlay said the Crocodiles board is confident the club will come out of administration “in a stronger position and build a sustainable business model as part of the NBL”. Wade agreed, saying both the administration of the Crocodiles and the Wollongong Hawks “is an opportunity for the local community and businesses to rally together and demonstrate their passion for their team”.

“We believe that we will win!” Finlay said.