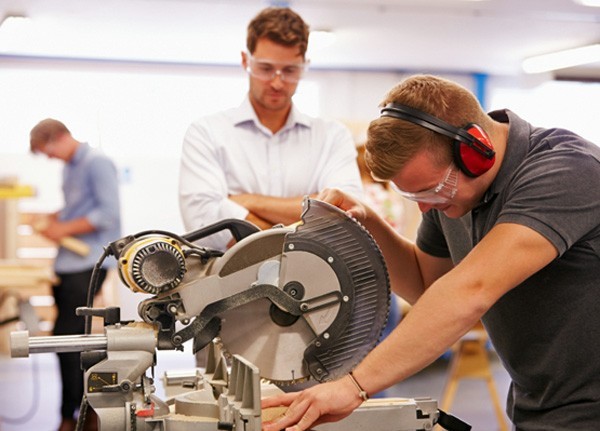 Global Intellectual Holdings is the company behind several private Australian training providers, including Aspire College of Education, The Design Works College of Design, RTO Services Group and the Australian Indigenous College, according to The Age.

At least 500 employees are expected to be affected by the collapse.

RTO Services Group, for example, operates more than 20 campuses nation-wide and offers courses in business management, community services and interactive media, according to its website.

The first meeting of creditors is scheduled for later this month in Brisbane.

Is the vocational education and training system in “crisis”?

Global Intellectual Holdings is not the only private training provider to enter voluntary administration during the past six months.

In November, publicly-listed provider Vocation appointed external managers just over 12 months after it was forced to hand back almost $20 million in government funding.

The collapses come at the same time as concerns are raised over the tactics used by some private colleges to attract students, as well as the funding model for private providers.

Peter Strong, chief executive of the Council of Small Business Australia, toldSmartCompany this morning the number of private training providers appointing administrators in the past few months is indicative of a “very unwell VET system”.

“This is an outcome that wouldn’t surprise a lot of people,” Strong says.

“But this doesn’t just hurt small business, it hurts the people we employ and the customers and people we service. It’s an absolute crisis. When are we going to confront it properly?”

SmartCompany contacted Hall and Chadwick for comment, but did not receive a response prior to publication.

those of us in the industry saw this when VFH first started. (Mind you the idea was good in theory).
The moment that a diploma in Business was offered above 2500 we could see the writing on the wall.

Many of the courses (Cert 3,4,and Diploma) that were on offer in the 90’s were around 500- 1000 then the Government brought in Adult Traineeships with government funding of 4400 to the employer and 1500 direct to the RTO (new starters) and 4400 to the employer for existing workers. This required the RTO to negotiate a fee for the courses for the existing worker trainees. The term 50% er comes from the negotiated “you and I split the 4400 down the middle and all of a sudden you have courses being inflated to 2000 – 2500. The conduct of these traineeships often surrounded the Transport & Distribution training package which had generous packaging rules and allowed for 7 units from each AQF level to be chosen and often could be applied to almost any business including manufacturing companies and processing plants.The nature of the beast was that the trainer assessors would gather their 3 forms of evidence, get the trainee to answer some underpinning knowledge questions and then tick of a checklist against the elements of competence and performance criteria.

Often each individual would get around 4 face to face visits with an assessor over their 2 year traineeship and sometimes the only way to get some quality was for the trainer assessor to show some integrity and actually gap train however this was the exception rather than the rule. Some trainer assessors were employed on a 50 dollar per competency rate.

Again, this set the tone for the pricing of VET courses until the Government got tired of continually changing the rules to weed out the 50%ers., then someone though Vet Fee Help, like HECS and PELS this was a great concept and without regulating it, the RTO owners (the very same people that in the nineties saw the BSZ Workplace training qualification as a “license to print money” saw the opportunity to continue their lavish lifestyles and thus the new rorts started to develop. This time more money was on offer and the RTO was risk free so they thought as the loan was the problem of the trainee.

This is something that should have been stopped years ago but nobody listened to us the practitioners. |
So sad but about time.