UK council spends $50 million to acquire a 33% stake in a bank: Why Australia should pay attention 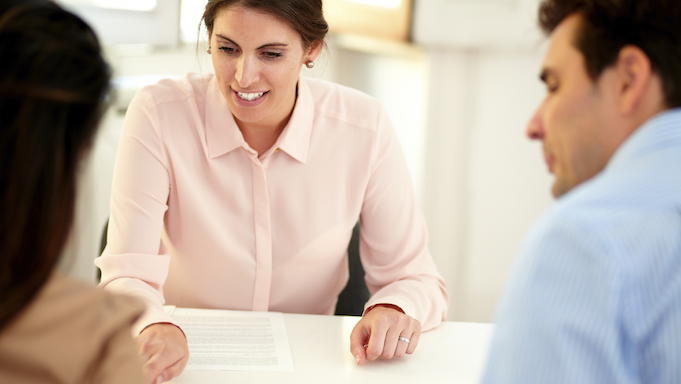 Could you imagine your local council spending $50 million of ratepayers’ funds to become a 33% owner of a brand new bank?

Most Australians have an aversion to governments competing with the private sector. Those who have been around a while will remember when the Commonwealth Bank was 100% government owned and most states had their own bank. In the late 1980s, the state banks in New South Wales, Victoria and South Australia all had to be bailed out as a result of poor business lending decisions. The Victorian Economic Development Corporation was another government lender that was spectacularly unsuccessful in trying to pick winners to replace outdated smokestack manufacturers.

So for the past 25 years we’ve taken the view that governments should not be involved in lending to small and emerging businesses and whenever anyone has the temerity to raise the prospect, the response has been: “We’ve done that before and it didn’t work then so why would it work now?”

This is shortsighted thinking. There is a legitimate case for government involvement in the provision of financial support to small and emerging businesses, not by direct lending but through partnerships with lenders who know what they are doing. Proof that governments and lenders can work together to help small businesses can be found in the UK and the US.

The British Business Bank (BBB) is a 100% government owned but independently managed economic development bank established in 2013. Its goals are to:

• Create a more diverse and vibrant finance market for smaller businesses, with a greater choice of options and providers; and

• Build confidence in the market by increasing smaller businesses’ understanding of the options available to them.

The BBB does not lend directly to businesses, instead it works with over 90 partners such as banks and alternative financiers. Since its inception, it has supported 48,000 established businesses facilitating £7.5 billion of finance to SMEs and small mid caps. It has also supported 37,000 startups, facilitating funding of £210 million, and most importantly it has not cost the British taxpayer a single penny! In fact in 2016 it generated a 2% return on capital, which exceeded the target set by the government.

America’s Small Business Administration (SBA) has been around since 1953 and its main strategic goal is “growing businesses and creating jobs”; its second goal is to “serve as the voice for small business”. The SBA offers a range of financial assistance programs for small businesses that may have trouble qualifying for a traditional bank loan. Like the BBB, the SBA does not directly fund businesses, rather it provides financial support to the lenders, including banks, community development organisations and microlending institutions that do provide the funding.

The UK banking market is an oligopoly with five established players: HSBC, Barclays, Lloyds, RBS and Santander. But rather than focussing their efforts on encouraging increased competition between the big banks, regulators are creating an environment that makes it easier for new competitors to enter the market.

This direction has come from the top. In 2015 former Prime Minister David Cameron said, “this government wants the UK to be the leading fintech centre in the world”. London is now widely regarded as the world’s fintech hub and firms like Funding Circle, RateSetter and Market Invoice are global leaders in SME fintech lending.

The UK government has also facilitated the emergence of a new force in banking — challenger banks that sit somewhere between the big banks and the fintech lenders. There are now in excess of 20 UK challenger banks, some are established, smaller and more flexible versions of the big five, while others are completely digital. A number, including Aldermore, Shawbrook and Redwood, focus just on the SME sector.

Australia is a long way behind both with fintech lenders and challenger banks. SME fintech lending in the UK is estimated at around £ 5 billion, compared with approximately $350 million in Australia. And the UK is way ahead with its challenger banks. Our first genuine challenger bank is set to open its doors shortly; Judo Capital was established two years ago by former NAB executive Joseph Healey and will focus entirely on the needs of SMEs.

The efforts of politicians, regulators and bureaucrats to get the big banks to focus more on the needs of their customers may in time see improved outcomes for small business owners. But as Australia’s Small Business Ombudsman, Kate Carnell, recently pointed out, the banks continue to bloviate (meaning “to talk at length especially in an inflated or empty way”).

While engagement with the banks should continue, we need to be doing more to encourage new competitors like fintech lenders and challenger banks to fill the unmet demand for SMEs credit, which is estimated at between $50 billion and $70 billion.

Whether the Warrington Council’s decision to invest in Redwood Bank proves to be successful or not remains to be seen but what this and other initiatives re-enforce is that the supposedly conservative Brits are not afraid of partnering with lenders to help small business get going and growing.

If we truly believe in the importance of ensuring Australians are able to access finance to establish and grow a small business, we need to be considering the partnering strategies already successfully employed in countries like the UK and US.