Up launches pop-up store to promote Maybuy, says in-person branch could one day be a possibility

Last night Up, a Melbourne-based neobank, launched its pop-up store on Swanston St in Melbourne’s CBD, inviting many of its loyal customers — known as “Upsiders” — for a night of mingling, drinks and tacos.

Attended by more than 100 individuals and special guests Client Liaison, the launch party was used to promote Up’s new offering: Maybuy, with the pop-up store aptly named the “Maybuy Exchange”.

Invitees were asked to bring only two things to the Maybuy Exchange: themselves, and an impulse purchase that they regret.

By bringing in the regrettable purchase, punters were then given a turn on the Anti-Impulse Machine — a contraption that would randomly calculate a prize to pay into the user’s Up account, with prizes varying from $10-$500. 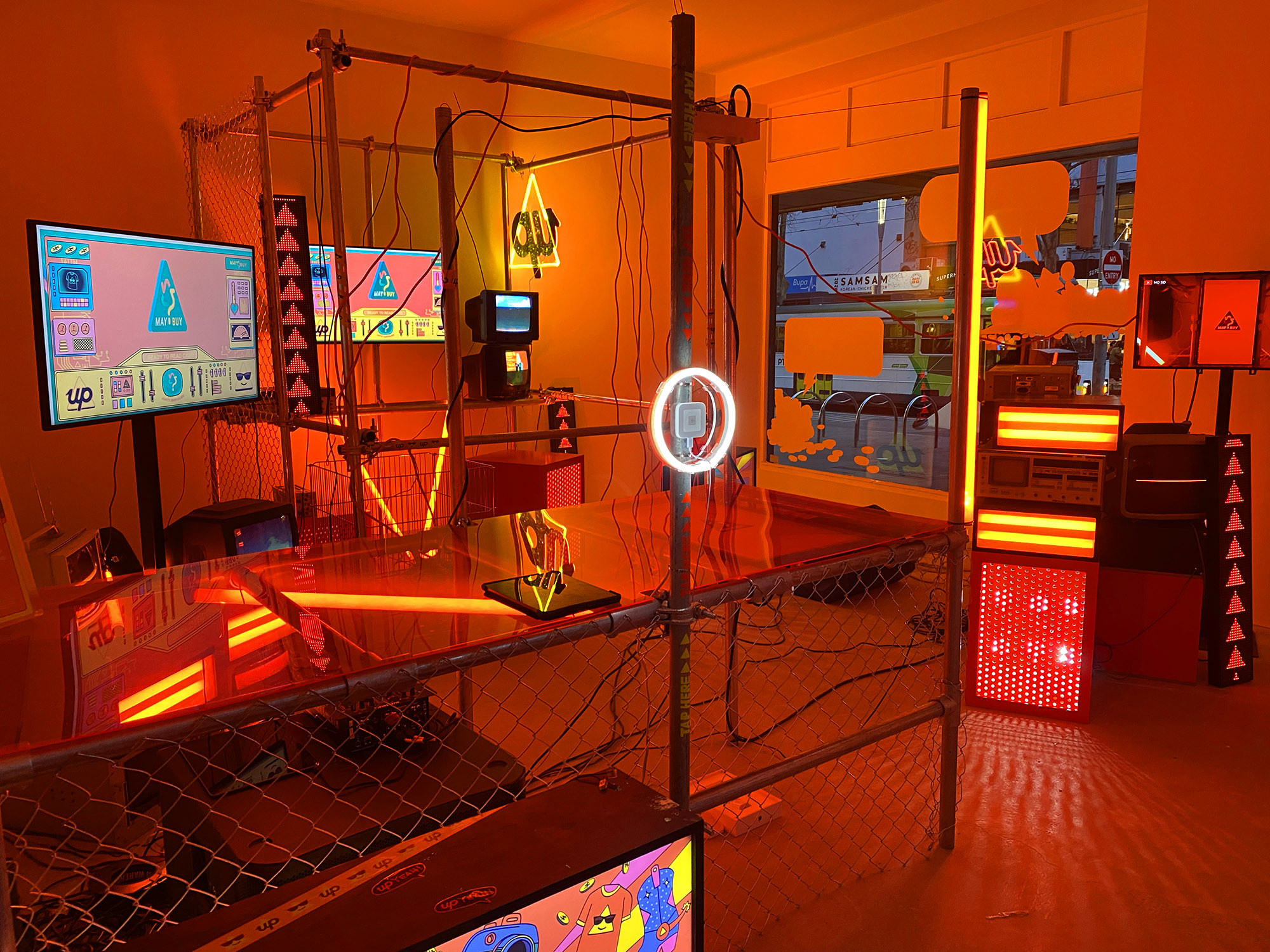 From neobank to a corner near you

Considering Up’s ethos is to be an online-only bank, the in-person activation event does raise the question as to whether digital-first businesses should be blurring its offerings into the physical space.

“I do wonder why Up couldn’t have come up with a way to get their point across about the value of Maybuy, without making it a physical event,” branding counsel expert Michel Hogan told SmartCompany.

After all, it could have been a “very fun online event, with a community who are already connected online”.

In fact, one Upsider at the event last night told SmartCompany that his invite had come from Up’s Facebook community, which boasts 15,000 members.

But Up chief product officer Anson Parker believes a physical activation event was indeed the best way to connect this online community, and to “feel the passion of Upsiders in person”.

“Seeing the passion and love for the brand our customers have is always incredibly energising for the Up team. And for us, getting to give out some merch and have a drink and snack with customers is a small way for us to return the love,” he said.

Considering the room last night was full of Upsiders mingling and connecting with one another, it’s hard to argue with Parker’s perspective.

Plus, Hogan explained that even if a business does launch with an online-only stance, it’s not necessarily limiting itself to always being online-only.

“Consumers don’t really think about [those promises] as much as we would like them to,” Hogan said.

So the idea of Up perhaps moving from a physical activation event into the brick-and-mortar space permanently one day — much like big brands such as Amazon and Allbirds once did — wouldn’t be unheard of, nor would it necessarily have repercussions.

Often it’s the natural progression for a growing business.

As for whether Up is actually going to be using this pop-up store to become a permanent branch, Parker said that isn’t the case, although “there’s something to that idea”.

“A lot of banking customers go to branches because they have to — not necessarily because they want to. Creating a space that customers love to visit would be a really interesting project to work on,” he said.

So despite being likely to remain as a digital bank, at least for the near future, Parker did acknowledge that Up “[relishes] every opportunity to spend some time face-to-face with our customers”.

“In an increasingly noisy and crowded digital environment there’s something really nice about getting together and connecting in the real world.”

“The definition of impulse is gambling”

Hogan said that the event “certainly feels gimmicky” to her, but acknowledges that such a gimmick is Up’s whole persona, considering the audience it wants to reach and the language it uses.

“If you go to ‘Why Up’ you see ‘smash your savings goals’ and ‘pay mates and kill bills’ and all of that kind of language,” Hogan said.

“They’re totally into the gimmick.”

But while Hogan believes this in-person experience isn’t necessarily a bad move branding-wise, she does acknowledge a problem with the Anti-Impulse Machine itself.

“I’m uncomfortable with the pseudo-gambling aspect of it,” Hogan explained, especially when Up is targeted towards younger Australians.

“It’s called the Anti-Impulse Machine, but the definition of impulse is gambling.”

Parker and the Up team, however, don’t see a gambling angle to it.

Instead, Up believes Anti-Impulse Machine is “simply a fun way for us to offer a few dollars back to customers for items they regret buying and that would otherwise sit gathering dust in the back of a wardrobe somewhere”.

After all, that’s what Maybuy is all about: helping Upsider’s save money for things they actually want, rather than spending money on items they’ll never use.

The Maybuy Exchange will continue until Sunday in Melbourne, with Parker saying Up would love to potentially connect with customers in other regions across the nation in future, but there are “no solid plans for more Maybuy Exchanges as yet”.

Ahead of the RBA’s next cash rate decision today, economists predict further hikes — and no let-up until late 2023

The Reserve Bank of Australia is predicted to announce an interest rate rise of 0.25% to 0.5% today, which could take the cash rate to 1.85%.

“No brainer”: Why the founders of Whole Kids are giving their entire team a week off

The children’s nutrition business will be downing the tools for a week as staff are given the chance to “recharge and regroup” with a bonus week of paid leave.