Vegemite, ice-coffee and BBQs all in the cross-hairs as halal certification fallout continues 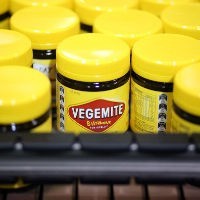 Vegemite is the latest brand to be targeted by an ongoing campaign to boycott halal-certified products, with a member of federal parliament also entering the fray as the fallout from the anti-halal movement continues.

The iconic Australian spread is latest company to draw the attention of an online network of anti-Islam campaigning groups, which SmartCompany recently revealed had political ties to One Nation and were deliberately targeting Australian businesses in an organised social media assault.

National Party MP George Christensen has suggested in a blog post the halal certification fee paid by Vegemite in order to sell its products to Muslim customers is funding organisations with extremist views and activities in Australia.

“It’s lovely to know a jar of the salty black stuff is sponsoring the advocacy of robbing women of all of their marital property rights,” Christensen said.

The coalition backbencher said because the products were not clearly labelled as halal, customers were forced to complain.

“This is exactly what many consumers are now doing and the commentariat are condemning; they are exercising their rights as consumers,” he said.

Mike Holt, chief executive officer of the Queensland-based anti-Islam lobby group Restore Australia and former One Nation candidate, previously told SmartCompany a network of anti-Islam groups were responsible for the online attacks against a number of Australian businesses.

“What we do is target companies and if we coordinate that protest, it has much bigger effect. They start to see all backlash against it,” said Holt.

The ongoing campaign has gathered momentum in recent weeks, with one of the key Facebook groups, Boycott Halal Australia, now boasting more than 36,000 followers – rising by 3000 likes in just over a week.

SmartCompany reported one of the first small businesses to come under attack from the campaign was biscuit manufacture Byron Bay Cookies back in October.

At the start of November, South Australian dairy manufacturer The Fleurieu Milk and Yoghurt Company decided to drop its halal certification in the face of online criticism.

Last week, Brisbane-based dairy company Pauls was a fresh target for the campaigners, with an organised strike on the Pauls Iced Coffee Facebook page.

The campaign urged customers to stop drinking Paul’s Iced Coffee because it is certified as halal, which it said was in turn supporting Muslim terrorists and cruelty against animals.

But the company has also seen support from customers, with one commenter saying: “Dear Pauls, sorry to hear that you are the latest business to cop hate from the anti-halal thugs. I wonder who these people would attack if there weren’t any muslims around to spit their venom at?”

Nick Angelluci, founder of Paramatta-based BBQ retailer BBQ Aroma says he also found himself the target of an attack last week, after posting a picture of a comment he received asking if his BBQs were halal-certified.

“I saw what happened with the yogurt company, so I decided to put up a Facebook meme,” Angelluci told SmartCompany.

“I thought, ‘why would you need halal certification?’ I didn’t understand and so I was engaging with my customers. I though, I’ll post something and see what they’ll say.”

What followed was a strategic attack according to Angelluci, where anti-halal campaigners flooded his page with comments, tagging in other campaigners to join in the assault.

“That’s when I thought, we’re going to get really mobbed here. They were posting comments almost like a script.”

Angelluci says the campaigners were also tagging in the name of Muslims to antagonise them in the comment stream.

Angelluci says many of the comments, now deleted, were threats against him personally, including death threats.

“My wife was scared and I was worried … it’s just nasty and if you don’t stand up to the bullies they’ll just get louder and louder.”

Vegemite and Pauls Milk were both contacted for comment but SmartCompany did not receive a response prior to publication.