WA builder BuiltonCorp collapses with more than $16 million in debts, as subcontractor payments remain in the spotlight 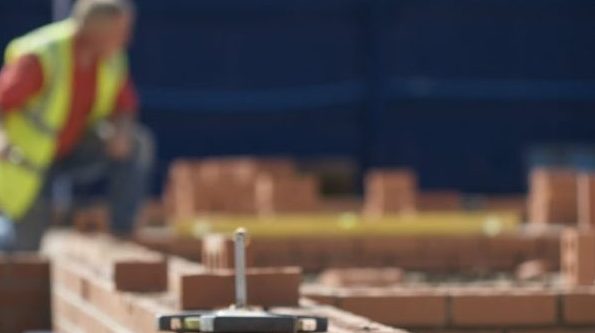 The security of payments for subcontractors in the building and construction sector are again in the spotlight after Western Australian builder BuiltonCorp collapsed into voluntary administration on Monday.

The company’s administrators are advising clients with homes under construction by the company that it’s likely they will have to find new builders to complete projects their projects.

Dino Travaglini and Jeremy Nipps of Cor Cordis have been appointed as administrators of BuiltonCorp Pty Ltd, as well as Builton Group Pty Ltd, Builton Property Holdings Pty Ltd and Aspireon Homes Pty Limited, with construction stopped on about 130 incomplete sites as the company ceased trading.

The administrators said Tuesday they are still in the early stages of assessing the company’s finances, but 38 staff had lost their jobs as the business has stopped trading. The company reportedly turned over $80 million last financial year.

An estimated $500,000 is owed to employees, while $16 million is believed to be owed to 350 unsecured creditors, many of which are believed to be subcontractors, according to the ABC.

One subcontractor, Dennis te Wierik, who owns Anstey Cabinets, told the ABC the BuiltonCorp owes his business around $1 million. He expects his work turnover to drop by 50 to 70% as a result of the voluntary administration and he has already been forced to let six employees go.

“I’m disappointed that I was led astray and was assured things were OK,” he said.

Administrators have advised suppliers to suspend all deliveries to the business, saying the company is unable to pay for them. The first creditors’ meeting will be held on February 3.

Meanwhile, home owners with unfinished building works have been told it currently looks unlikely that the company will be able to complete the projects, with administrators requesting copies of original contracts, building plans and projected costs from clients to assist with finding new builders to take over the contracts. Clients will also have to find their own construction insurance for the sites from now on.

“We are prepared to try to facilitate obtaining a new builder for you in the event that our assessment over the coming days definitively concludes that the company cannot complete under the contract,” Jeremy Nipps said in a letter to homeowners.

SmartCompany contacted the administrators for an update on potential next steps after the first creditors’ meeting next week but did not receive a response prior to publication.

Payments to subcontractors in the building and construction industry have been under scrutiny over the past year, with continuing concerns over Western Australia’s economic conditions at the mining construction boom slowdown continues.

The most recent CommBank “State of the States” report puts WA as the bottom ranked state for economic performance. The state ranked last in all eight key indicators considered, including building construction works and dwelling commencements.

In 2016, insolvency experts from Worrells said each state is facing unique problems when it comes to company collapses, although the mining slowdown is a key factor, with the flow on effects of the slowdown now also affecting businesses in Queensland as less workers flock to regional centres.

Subcontractor payments played a key role in policy debate at the end of last year, when the collapse of then-Family First Senator Bob Day’s building firms in 2016 prompted independent senator Nick Xenophon to strengthen calls for better protections for subcontractors in the event of company collapses.

The senator secured a concession from the federal government in this area when negotiating the passing of the Australian Building and Construction Commission legislation at the end of 2016, with a “security of payments” working group to be established.

Australian Small Business and Family Enterprise Ombudsman Kate Carnell has also outlined the significant pressures caused to businesses when they receive slow or no payment in subcontract arrangements.

The problem is waaaay worse in the residential sector. Clients get to the final payment and simply don’t pay or pay a percentage. The building tribunal system drags on and on and most builders know this and can’t be bothered chasing 10-15 grand as it chews up half that in preparing documents attending the tribunal twice etc. at worst the client is told to pay. Even then the ones with form make sure there is no money to be garnished from banks or they don’t open the door when the sheriff comes knocking. It’s a joke. Almost every builder I know has been stung even if it’s only $500, but generally 5-30k