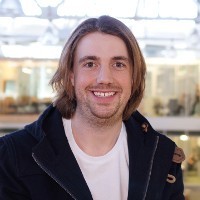 Hintze ranked 92nd last year with an estimated worth of £1.23 billion, up from £175 million. He doesn’t have a home in Sydney but has been particularly active in his NSW and Queensland rural property acquisitions. His rapidly expanded east coast farming portfolio has been deemed an investment not just looking for capital gain from the properties but seeking solid returns on production.

The London-based hedge fund founder has amassed one of Australia’s fastest-growing farm portfolios, with acquisitions totalling about 50,000 hectares since 2007. His private pension fund, MHPF, spent about $142 million on the land and water purchases.

With an estimated worth of £1 billion, Urs Schwarzenbach, the Swiss-born financier based in Britain, and his Australian wife, Francesca, rank the second highest when it comes to those with strong Australian links in the 2015 Sunday Times 1000 Richest in Britain list.

Title Tattle reckons we can call them both Australian’s as the Schwarzenbach’s are occasional Balmoral clifftop house occupants. They have extensive southern NSW rural interests having spent more than $35 million in rural property, mostly between Harden and Jugiong, which includes showpiece polo-playing estate Garangula, and Redbank, the homestead briefly owned by impresario Robert Stigwood. The couple maintain Redbank, the $5.1 million Jugiong property purchased in 1999, as the pastoral company’s headquarters.

Of course Redbank was held by the Osborne family for 145 years before being sold for $2.8 million in 1981 to the Stigwood, who bought the property on Rupert Murdoch’s recommendation while in Australia attending the premiere of the movie Gallipoli. It sold again in 1984, and again in 1988, for $4.69 million. Redbank hosted England’s Prince Harry as a jackaroo in 2003. The son of a print shop owner, Schwarzenbach made his fortune from foreign exchange trading after founding his own company, Intex Exchange. Urs sits at 108 in this year’s Sunday Times list, up from the 115th place last year.

Mike Cannon-Brookes, the 35-year-old IT entrepreneur – and Australia’s equal richest self-made billionaire under 40 – has debuted on the Sunday Times list in 189th place. Having co-established the software company Atlassian 12 years ago, Cannon-Brookes only recently spent $12 million of his wealth to upgrade to a 1918 Centennial Park trophy home (pictured below). The Sunday Times gives his wealth at £591 million. His business partner Scott Farquhar sis a 192nd place with a £586 million estimated wealth.

Danny Hill sits in 586th spot, with a £196 million wealth, down £37 million.  Monaco-based Hill left Belfast for Australia after school and built a fortune in property, mining and investments. He was involved in Perth record setting house deals back in the very early 1980s. As Title Tattle once noted Swan River mansion mania is not new. It was the house that theatrical entrepreneur Michael Edgley sold in Dalkeith for $2.1 million in 1979 to Japanese buyers. The Jutland Parade house sold again in 1980 for about $4 million, setting another Australian record through estate agent Willy Porteous, when bought by the mining speculator Danny Hill who at the time operated the El Caballa Blanco in the hills behind Perth. Apparently much of his wealth comes from providing housing in Queensland.

Lord Glendonbrook, formerly Sir Michael Bishop, with a current steady wealth of £200 million, ranks 476th. He was the chairman of BMI, the Midlands-based airline now owned by British Airways. Lufthansa took it over in 2009, paying £223 million for his stake. The Tory peer, 71, made £32 million from the 1998 flotation and 2001 sale of British Regional Airlines. Lord Glendonbrook lives in Darling Point for a substantial part of the year. Lord Glendonbrook was born in the village of Bowdon, near Manchester, and raised the only child of an Englishwoman, Lilian, and an Australian, Clive, who, as a teen, escaped an unhappy childhood in Melbourne, headed north and landed in Glendonbrook, to work on a farm. In 2010 he was appointed a peer of the realm in the UK, but with so many Bishops already in the House of Lords, he decided to take another title. His thoughts turned to the NSW Hunter Valley hamlet he first visited in 1965. He received permission to call himself Baron Glendonbrook of Bowden in the county of Chester.

In 420th place is young gun fund manager, Hilton Nathanson the co-founder of Marble Bar Asset Management, who sold his stake in 2007 to a Swiss bank for about $245 million. He hails from Melbourne. His worth is put at £230 million.

The Lonely Planet founders and philanthropists, Maureen and Tony Wheeler appear in the London list, although generally regarded to have settled in Melbourne’s Hawthorn where they paid $1.47 million back in 1999. They rank 842nd with a steady £112 worth. The Belfast-born Maureen and her husband Tony sold their Melbourne-based Lonely Planet publishing empire for £131 million. Tony and Maureen Wheeler started Lonely Planet after selling 1500 copies of their first book, Across Asia on the Cheap, which arose from their honeymoon trip.

Seumas Dawes, the London-based Australian merchant banker, who made his fortune at fund manager Ashmore group sits in equal 787th place with a steady £124 million worth on the Sunday Times Richest 1000 list, but down from 739th place last year. Property Observer reported that Dawes had poured splurged some of his net worth in a serious Bronte acquisition. The funds manager and his wife, Rosemary initially spent $12.3 million for a large, modern three-storey residence in 2006. Unquestionably one of the most expensive coastal suburbs in Sydney’s east, the Bronte property sits along the exclusive strip known as The Cutting. It was a modern five-bedroom residence on the ocean side of Bronte Road overlooking the beach and ocean. Then earlier this year the couple splashed out with the $16.5 million purchase of the neighbouring house, which they’re set to bulldoze and expand their garden and garaging in grounds prepared by Formed Gardens. The new works which include gym and cabana, improve the neighbouring contemporary house’s north eastern aspect. It’s only going to cost $846,000 apparently, which will take their spend to $29.6 million.

Buying only recently in Sydney, Lord Alli, sits in equal 436th place with a £220 steady worth. The British media entrepreneur and multi-millionaire Baron Waheed Alli purchased an apartment in the Dominion development at Darlinghurst. He is the co-founder of Planet 24, one of Britain’s largest TV production companies, responsible for hit shows such as Survivor. Dominion – developed by Cbus Property – will consist of 108 apartments split across three buildings, each seven levels high close to Oxford Street. Property Observer reported that Lord Alli used his interior designer, Jonathan Adler from New York, to help with the finishing touches of his fifth floor Darlinghurst apartment.

Len Blavatnik was named Britain’s wealthiest man in the Sunday Times rich list with a worth of £13.7 billion, according to the list which had a cut-off wealth of £100 million. The 57-year-old, who became a US citizen in 1984, started an investment company, Access Industries, two years later, eyeing the opportunities offered by the sell-off of Soviet state-owned industry. At his 50th birthday party, she surprised him by dancing with a troupe of professionals in a Ballets Russes adaptation. He owns a £41m mansion in Kensington Palace Gardens and recently paid $77m for a five-bedroom duplex in New York. Blavatnik’s 10 quoted and private company stakes are worth £9bn. With £3bn of cash, £440m of property and other assets, he is worth £13.17 billion.

Oh and other entrepreneur from our distant corner of the earth was Eric Watson, the now London-based New Zealander, who has assets in finance, property and retail in 386th place with a £259 million worth, up £19 million. He became known when taking a majority stake in NZ Warriors, the Auckland rugby league team.

The falling rich Mark Creasy lives in Perth’s Peppermint Grove, down £177 million. With a £248 million net worth, Mark Creasy, the mining entrepreneur ranks 406, having peaked a couple years back at 173rd on the list. The British-born Creasy, 68, made his fortune prospecting for gold in Australia, selling a claim in the outback for £50 million in 1994. Sirius Resources, a mining company, discovered nickel deposits on a site in Western Australia. The veteran investor Mark Creasy had been climbing the ranks in Rich List as he was 680th richest person in 2006, with a then personal fortune of £85 million.

The Scottish-born engineer Bill Paterson – and co-founder of WorleyParsons who went off to run his own engineering consultancy in Sydney – was once ranked at 275 place. But his fortune once estimated at £308 million slipped £90 million to £110, with Paterson in 856th place.

That high flying hedge fund guru – who took early retirement – Greg Coffey no longer ranks on the list. Some of his fortune was spent when the high-flying Australian finally secured his Balmoral compound, Title Tattle reported. It was sealed with the acquisition of a $3.5 million Burran Avenue holding taking his property consolidation to a four-lot 4,400 square metres that cost $17.8 million. The purchases included a strategic 610-square-metre holding to the hillside compound, which began with the purchase of the Merdjayoun estate in 2005.

Jon Aisbitt, best known for his stint at Goldman Sachs in Sydney, no longer sits on the list which required a £100 million worth. He was really only a nominal Australian with a short stint spent on Sydney Harbour. It was 2002 when the London-bound departing Goldman Sachs co-chairman and his wife, Julie, secured $13.5 million for their Point Piper base. The Wunulla Road house was renovated before and after its $9.6 million purchase in 1999 by architect Luigi Rosselli, who appeared before a subsequent Land and Environment Court hearing to argue for its heritage listing. The house was built for the Rose family in the early 1960s by architect Adrian Snodgrass, who was influenced by the Wrightian style of the Sydney School of Architecture. Aisbitt, 56, chairs the Man hedge fund. He made £50 million from Goldman Sachs’ flotation, £15 million from share sales and £55 million from investments in Ocean Rig and Redburn Partners, according to the list.