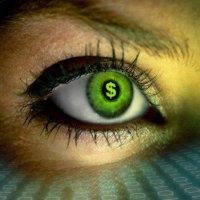 Eight Australian companies have made this year’s Fortune 500 list, but there are no big surprises as to which big Aussie players made the grade.

The list, which was released last night, puts mining giant BHP Billiton as the top-earning Aussie company, although it slipped 27 places from last year to 142.

Despite recent job cuts and BHP Billiton and fears of falling commodity prices, the company, which is estimated to be worth $180 billion, is still the strongest Australian competitor.

The Big Four banks were the next in line, with National Australia Bank at 216, Commonwealth Bank of Australia at 226, Westpac Banking Corp 288 and Australia and New Zealand Banking Group lagging behind at 352.

Telstra was the last Aussie company to make the grade, sitting at 453.

Walmart took out the number one place, as it did in 2012, pushing last year’s winner, Royal Dutch Shell, down to number two.

Oil producers dominated the top of the list, with half of the top 10 companies coming from the petroleum industry.

The Fortune list ranks companies by total revenues for their respective fiscal years ended on or before March 31, 2014.