Having values makes you valuable 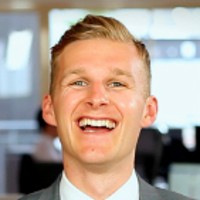 In business, as in life, there are certain principles by which your company is guided. These principles are inherent in every service or good that is produced, in every partnership that is formed, in every employee that is hired or terminated – in short, in every decision that is made.

These principles can be termed “values” in the sense that they represent the deeply-held beliefs of what is “the right way” to conduct business. They are the “moral compass,” if you will. These values are the image that the company wants to portray among its customers and suppliers, and the culture that the company wants to engender among its employees. They define which business markets a company will enter (and which it will choose not to enter), and even dictate which clients a business will and will not accept.

In 2001, Jim Collins published a landmark management book entitled Good to Great: Why Some Companies Make the Leap… and Some Don’t. This book drew from the extensive research of a 21-person team over a five-year period, which examined thousands of published reports and interviews about Fortune 500 companies.

The book drew the conclusion that strong values and vision, communicated and maintained across a company’s entire existence, are the key to moving from the “good” category to the “great” category. These values must begin with leadership and permeate the business, driving every single decision, no matter how small or seemingly insignificant.

Values can be expressed in a number of ways and can cover a variety of situations. Here are some of the values that are important to well-known companies:

Google: “Focus on the user and all else will follow.” “You can make money without being evil.”

Hewlett-Packard: “We put our customers first in everything we do.” “We work together to create a culture of inclusion built on trust, respect and dignity for all.”

Amazon: “Leaders raise the performance bar with every hire and promotion. They recognise exceptional talent, and willingly move them throughout the organisation. Leaders develop leaders and take seriously their role in coaching others.”

Frequently companies begin with the best intentions, with terrific core values, and then somewhere along the line they begin to let their values slip. The best example of this is when a company begins by focusing on doing right by their customers, and then the direction changes to maximising short-term profits.

This can be seen in some of the big banking and mortgage scandals that swept the United States in 2008.

This lack of values in the lending industry is what led directly to the almost-collapse of the United States banking system, and a worldwide global recession from which many countries are still recovering.

In fact, leadership is crucial. If top management doesn’t “buy in” to these values, it’s not going to make a difference if you have them defined in your company, because all else flows down from the actions and decisions of leadership. If you don’t believe in your values, it’s a certainty that your employees and your customers will not, either.

On the other hand, leaders that demonstrate their commitment to their company’s values in their everyday lives are the ones who can take their companies to the next level, to that place where people will know and respect the company as a “great” producer, employer, and as an important part of the community.