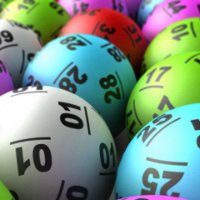 If you won the lotto tomorrow, you’d be rich. But in all likelihood, not for long.

Despite the life-changing potential of anyone suddenly being handed a few million to play around with, few of those to make their fortune through a lightning-flash of good luck are able to grow, replicate, or hold on to their riches.

According to the National Endowment for Financial Education in America, 70% of Americans who experience a sudden financial windfall lose the money within a few years.

Most lottery winners keep their windfall secret (this is especially the case in Australia), but plenty of those who do tell their story are living tragic lives a few years after their win, often facing bankruptcy, broken marriages, endless lawsuits and, in some instances, substance addition and mental illness.

Ibi Roncailoli, an Ontario housewife, was poisoned by her husband after he discovered she’d given $2 million of her fortune to a secret child she had with another man. Her husband was later found guilty of manslaughter.

Far more Lotto winners squander their riches, and find themselves with huge debts to pay a few years later.

This isn’t the only reason we don’t see lotto winners on the Rich List. For one thing, they’re just not that rich to begin with.

In Australia, the largest lotto win ever wouldn’t even rank on the rich list. In 2009, a Queensland couple and an Adelaide man both won $53 million after splitting a $106 million Oz Lotto draw. This remains the largest ever lotto win in Australia (a $40 million win last year coming close).

But to rank among the 200 richest Australians, you need at least a $235 million fortune.

Other rich lists have lower thresholds.

The Yong Rich, for example, which ranks the wealthiest people under 40, cuts off at $18 million, while the Rich Women list cuts off at $30 million.

This means, while the Rich 200 list is out of reach of most lottery winners, plenty of the other lists are not.

Larger fortunes have been won overseas.

Last Thursday, a British citizen won £81million ($127 million) in the EuroMillions jackpot, making them the 908th richest person in the UK, if we go on the 2012 Sunday Times Rich List. The winner is only the 6th largest winner in the famously massive lottery – the record is held by Adrian and Gillian Bayford from Suffolk, who won £162.87 ($256 million) last year.

Yesterday’s winner has chosen to stay anonymous, at least for now. It’s a wise decision.

For the rest of us, these stories serve as cautionary tales. It’s far better (and safer) to build wealth slowly than to land it all at once.