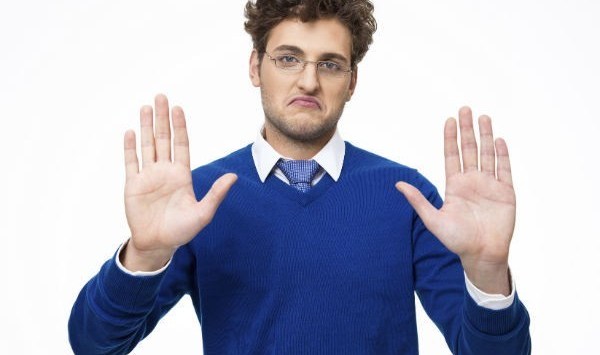 This week we announced we’ve raised a $2 million dollar round of funding for AffinityLive. More than three years after our launch, this is the first institutional money we’ve taken; until now, we’ve built a crazy-ambitious product and worldwide client base through bootstrapping.

Over these three-and-a-bit years, we’ve grown the business to have millions in annual recurring revenue, a team of 40 amazing people across our two offices in San Francisco and Wollongong, and thousands of incredibly active and addicted users who trust AffinityLive to run pretty much their entire business every single day.

So, it might seem strange to folks who follow the startup scene that we’ve only raised $2 million in funding. Raises of $2 million are more commonly associated with startups who have an idea and some validation but no real product yet, and much less revenue. So, what’s the deal with raising what is, comparatively, a small amount of money?

The fundamental reason is that we didn’t need to raise more to execute our plan over the next two years – it is that simple. However, the fact that this even needs to be spelled out highlights what I’ve increasingly seen as an article of blind faith: the belief that raising as much money as you can whenever you can is a great thing.

Here’s why I believe the ‘raise as much as you can whenever you can’ model is often really bad advice.

When you sit down to dinner, one of the first questions you ask yourself is “how hungry am I?”. If you’re only a little bit hungry, you should only buy an appetizer. Even if the restaurant is offering you a deal on a 9-course degustation menu, ordering a lot more food than you can eat is crazy. Some people convince themselves they’ll take it home for left-overs, but how often does it just get wasted in your fridge?

The lunacy of this approach becomes even more apparent when you consider, in this analogy, you’re not buying the massive meal you don’t need with cash, or even with funds you’ve borrowed: you’re buying it with your equity! You can only sell equity once – so the idea of using the most expensive form of capital in the world to buy a meal you can’t eat without making yourself sick is super crazy!!!

The counter to this argument you’ll often hear (and always from investors, whose job it is to sell you money) is “fill your canteen when you’re at the waterhole”. This can be great advice for startups who face really uncertain or competitive markets (the amount you have to spend on marketing to win can double or triple overnight if your main competitor chooses to try to outspend you) or for businesses that aren’t yet generating revenue (no matter how you cut it, more money buys more time, and things always take longer than you think).

So the key is to ask yourself how much you need to execute on your plan, ie, ask how hungry you are. Then you should resist the temptation to order up big just because you can.

As anyone who’s tried to lose weight will tell you, it is much much easier to put it on than take it off! The same is true for companies – once you’ve increased your spending, it is very difficult to reduce it. While increasing the rate of spending (more people, bigger offices, more servers) is natural and healthy as the business grows, the risk for companies that raise big buckets of cash is that they don’t just get taller – they also get fatter.

A few weeks ago, I had a chat with a very successful founder who’d achieved a great exit. It turns out for most of their growth he’s been a bootstrapper; after a few years of hard slog, the company that was spinning off cash, growing strongly, and because of their gritty history, was run in a very disciplined fashion.

Eventually, after numerous approaches from investors imploring them to take money, they decided to raise a $10 million round. He regards this as one of the biggest mistakes he ever made.

“Within 12 months, we’d blown over $4 million of it and had nothing to show for the money we spent,” he told me.

They blew $300K alone on “executive recruiters” for four senior roles, only to have each hire turn out to be a dud. Even worse the culture had changed from one of discipline and taking on the world to one of comfort and entitlement. My friend explained how sad it was to realize that they’d lost the tight, high-performing culture they had, and how re-imposing that discipline was really, really hard for everyone. He knows they only lost their way – and millions of dollars – because they had a bundle of money burning a hole in their pockets that they “let themselves go”.

In an environment where entrepreneurs are expected to raise more money than they need, the natural consequence is higher valuations – which you would think is a great thing for the founders, right? A big valuation at exit is obviously awesome, but outsized valuations on the way through can be a disaster.

As illustrated brilliantly in HBO’s Silicon Valley a few months ago (Season 2, Episode 1), raising a lot of money at a big valuation can end in disaster – when you go to raise a lot more money later (which you’ll probably need to do because you got fat), you’re going to need to execute perfectly to earn the next big valuation (and so on in a repeating process through to exit).

The entrepreneur who’s raised too much at too high a valuation becomes the stunt driver, with the company the stunt car. Dramatic and death-defying, the stunt driver risks it all to justify the valuation they didn’t deserve last time, and to reach for the next valuation and big raise before they run out of money. This challenge of skill and luck is entertaining to audiences (the media, the public, envious entrepreneurs) and hopefully gets a great return for the promoters (investors).

But, if the stunt driver crashes out or hits a wall – perhaps there was a bump in the road they didn’t see, or there was a change in the conditions (capital markets) that caused them to crash – the audience sigh and go home. The promoters call their insurance company or look to one of their 20 other stunt drivers to perform tomorrow. However, the stunt driver goes to hospital and the car is written off and sent to scrap, and while the audience and promoters are back to work the next day at the fairground, the stunt driver isn’t making it back for a while, if at all.

Focus on doing what’s right for you

The main conclusion is to make sure you focus on doing the right thing for the company. Don’t optimize to get a big splash in the tech press (they don’t have a lot to compare private companies with, so funds raised has become the go-to). Don’t optimize for the biggest paper valuation you can get (because the valuation top end will be for preferred stock holders who get their money back first). Don’t optimize for the fanciest brands or the most Hackernews cred. The truth is that all those things are the fleeting sugar-hits of entrepreneurship. You should be optimizing for the success of your company, and that means raising what you need (with some buffer for uncertainty) and not more just because you can.

Geoff McQueen is the founder and CEO of AffinityLive and a mentor at Startmate. This article originally appeared on his blog.