Will the TPP feed consumers to the wolves of Wall Street? 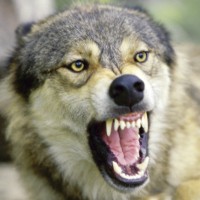 In the wake of the global financial crisis, there’s been a push by policy-makers for greater regulation of banks, financial institutions and the “wolves of Wall Street”. This was accompanied by a highly visible Occupy Wall Street movement, demanding political and legal reform. But could new trade agreements undermine consumer protection?

Of late, there’s been worry among policy-makers and legislators that Wall Street will use trade agreements and investment clauses to challenge and undermine the framework of financial regulation, to the detriment of consumers and financial stability.

The Obama administration in pursuing sweeping regional trade deals, such as the Trans-Pacific Partnership, a trade negotiation involving a dozen countries across the Pacific Rim — including Australia. An Australian parliamentary inquiry is currently considering investor-state dispute settlement in trade deals. Investor clauses have become controversial because they have been used to challenge public regulation — including financial regulation.

There has been concern about the close relationships between trade representatives and financial and banking institutions in the negotiation of the trade agreements, and there have been demands for greater transparency in negotiations over the Trans-Pacific Partnership and the Trans-Atlantic Trade and Investment Partnership (a proposed agreement between the United States and European Union). The Sunlight Foundation has revealed substantial political donations and lobbying from major corporations and industry associations.

United States Congressional Democratic Senator Elizabeth Warren has been concerned that financial deregulation allowed big banks to loot the American economy during the GFC, arguing that “Congress must act to protect our economy and prevent future crises”. Warren warned of the dangers of the TPP:

“From what I hear, Wall Street, pharmaceuticals, telecom, big polluters, and outsourcers are all salivating at the chance to rig the upcoming trade deals in their favour … I believe that if people would be opposed to a particular trade agreement, then that trade agreement should not happen.”

Warren has been particularly worried about the negotiations over new trade agreements being used as a backdoor way to water down financial regulations. She warns that the agreements are “a chance for these banks to get something done quietly out of sight that they could not accomplish in a public place with the cameras rolling and the lights on”. Warren is concerned about the trade agreements providing new avenues for corporations to challenge financial regulations at home and abroad in ad hoc arbitration tribunals. She’s also worried that the trade agreements will limit the ability of governments to ban certain financial transactions or instruments.

UNCTAD has been particularly concerned about disputes brought in 2013 in relation to the Greek financial crisis. In the case of Marfin Investment Group v Cyprus, a Greek investment company has brought legal proceedings against the Republic of Cyprus to recover an investment in respect to the Cyprus Popular Bank. The government of Cyprus took over the Cyprus Popular Bank in order to stabilise the financial system, which was suffering from exposure to Greek sovereign debt and loans in Greece.

The Marfin Investment Group has argued that Cyprus has breached obligations relating to a bilateral treaty between Greece and Cyprus. Andreas Vgenopoulos, chairman of Marfin, said:

“We have no doubt that if there is no imminent agreement [on the restoration of private ownership] prior to the referral of the case to the International Arbitration Tribunal, then [Marfin] will be vindicated completely and fully compensated for its investment in Cyprus Popular Bank via legal proceedings.”

The claimant is demanding 824 million euros in compensation.

The report Profiting from a Crisis is concerned that “corporations, backed by lawyers, are using international investment agreements to scavenge for profits by suing governments from Europe’s crisis countries”. The report worries:

“While speculators making risky investments are protected, ordinary people have no such protection and — through harsh austerity policies — are being stripped of basic social rights.”

“Not only do US treaties mandate that all forms of finance move across borders freely and without delay, but deals such as the Trans-Pacific Partnership would allow private investors to directly file claims against governments that regulate them, as opposed to a WTO-like system where nation states (i.e. the regulators) decide whether claims are brought.”

He warns that “under investor-state dispute settlement a few financial firms would have the power to externalise the costs of financial instability to the broader public while profiting from awards in private tribunals”. Gallagher commented:

“Such provisions fly in the face of recommendations on investment from a group of more than 250 US and globally renowned economists in 2011 … The 2012 IMF decision echoed these sentiments, saying, ‘These agreements in many cases do not provide appropriate safeguards or proper sequencing of liberalisation, and could thus benefit from reform to include these protections’ … Emerging market and developing countries should refrain from taking on new trade and investment commitments unless they properly safeguard the use of cross-border financial regulations.”

He stresses the need to “devise an approach that gives all nations the tools they need to prevent and mitigate financial crises”.

The Pardee Center Task Force Report in March 2013 reviewed the compatibility of capital account regulations and the trading system. In the executive summary of the report, Kevin Gallagher and Leonardo Stanley observed:

“The global financial crisis has re-confirmed the need to regulate cross-border finance … As this consensus has emerged, some policymakers and academics have expressed concern that many nations may not have the flexibility to adequately deploy such regulations because of trade and investment treaties they are party to.”

In the report, Sarah Anderson provides a close analysis of the Trans-Pacific Partnership, the investment chapter and capital account regulations. She warns:

“Such [investor-state dispute settlement] suits could be particularly harmful in the context of a financial crisis.”

She recommends countries should follow the approach of the Gillard and Rudd governments and refuse to accept investor-state dispute settlement clauses. Otherwise, Anderson recommends a range of measures to limit investor-state dispute settlement. The report recommends that countries should refrain from taking on new commitments in regimes incompatible with the ability to deploy capital account regulations.

There is a need to ensure that mega-trade deals like the Trans-Pacific Partnership and the Trans-Atlantic Trade and Investment Partnership do not undercut the safety net of financial regulation established after the global financial crisis.