Your last-minute guide to the 2014 Melbourne Cup 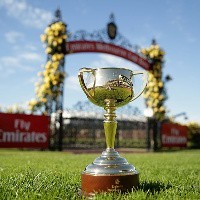 It’s the race that stops a nation and the richest horse race of its length in the world, with $6.2 million in prize money up for grabs.

The Melbourne Cup is also a public holiday in Melbourne and parts of Victoria, with many people around the rest of the country lobbying for a nationwide celebration.

But there are fears this may result in an unofficial four day holiday around the nation given that already seems to be the case in Melbourne.

What all the punters want to know is which horse should they back?

All that prize money attracts some serious interest from overseas, including this year’s favourite, Japanese horse Admire Rakti.

Admire Rakti was Japan’s first Caulfield Cup winner earlier this month but is going to have to dig deep carrying 58.5 kilos.

A win would mean emulating Bart Cummings’ Think Big, which was the last horse to carry that weight to victory in 1975.

German horse Protectionist is also a contender after producing a mighty debut run on Australian turf at Caulfield in a Group 2 race.

Protectionist is trained by Andreas Wohler who has had great success internationally.

Besides the foreign invaders many of the horses in this year’s Melbourne Cup are owned by Australian Rich Listers.

Williams is ranked 52nd on the BRW Rich List with $800 million in wealth and has owned four Melbourne Cup winners.

He started off with six runners in the Melbourne Cup but is down to only Fawkner with the scratching yesterday of Sea Moon.

Williams has created the sort of racing business never seen before in this country, using principles borrowed from his long business career.

“The critics said you can’t apply business principles to racing, but I think you can,” he told SmartCompany back in 2011.

“I’ve turned this into a well-oiled operation business that has a product – successful racehorses and stallions.”

Fellow Rich Lister Gerry Ryan, who made his fabulous wealth from Jayco caravans, has a runner as well in the cup with Signoff.

Signoff is a late qualifier for the Cup after storming through the field to win the Lexus Stakes on Saturday at Flemington.

“We’re hopeful and the trainer said the horse pulled up well,” Ryan told Fairfax. “It’s looking good, it has a great jockey and it is a really good weight. So I am really going to enjoy this journey.”

Ryan is also a previous Cup winner with Americain in 2010.

For those not attending the race or enjoying a day off, make the most of stopping work at 3pm to watch the big race.

A survey conducted in 2010 found the Melbourne Cup costs the country around $1 billion in lost productivity.

But this is obviously countered by the priceless boost to business morale offered by gathering around a television screen to gamble and cheer on a bunch of horses.

SmartCompany’s money will be on Australian favourite Signoff.