Website names and shames businesses and individuals not paying invoices 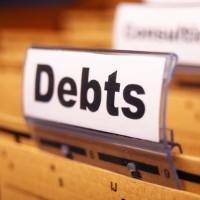 A website seeking to name and shame businesses which don’t pay invoices has expanded to include individuals as SMEs struggle to chase down bad debts.

HasntPaidYet.com was created a year ago to “out” businesses which don’t pay invoices for goods and services.

But the business expanded last month to include individuals who don’t pay up as well after demand from businesses like tradies who do work for individuals.

“I use it myself for my other business,” Wilson says.

“This is why we created HasntPaidYet.com as I was sick of chasing money, rather than making it.”

He says around 10% of those listed never pay but remain listed on the website so other businesses are aware of their past behavior.

Wilson says he hasn’t run into any problems with defamation: “It’s all legal,” he says.

“The website states if you give false information you are liable to be taken to court. We are not leaving ourselves open.”

Currently around 10 new bad debtors are listed a week but Wilson says he expects these numbers to grow.

“The more people on it the better for everyone,” he says.

“Hopefully, those who don’t want to pay; it will force them to pay.”

“We found that a lot of our customers were asking for it like plumbers, electricians and tradies who do work for individuals,” he says.

Chasing down bad debts is a perennial problem for SMEs, with Dun & Bradstreet’s Trade Payment Analysis published last month showing the average time taken for commercial invoices to be paid is 53.4 days.

Payment terms have picked up recently with 47.3% of invoices paid within a 30-day period during the second quarter of 2014, an increase from 42.9 % in the previous quarter and just 38.5% at the same time last year.

The amount of bad debts forces SMEs to turn to debtor financing to plug cash flow and finance gaps by borrowing against their debtors.

The latest figures from the Institute for Factors and Discounters for the June 2014 quarter shows total debtor financing turnover at $14.9 billion.

This is a fall from the same time last year when total debtor financing for the quarter was $15.4 billion.