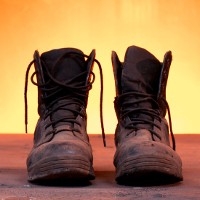 Pacific Brands, home to manchester brand Sheridan and underwear giant Bonds, announced the sale yesterday, along with its results for the 2014 financial year.

The group reported underlying net profit of $53 million for the 2014 financial year, a decline of 28.2%. The group’s bottom line loss for the year amounted to $224.5 million.

In a statement, newly appointed Pacific Brands chief executive David Bortolussi, who fills a vacancy left by John Pollaers in July, said the sale of Hard Yakka, King Gee and Stubbies to Wesfarmers’ Industrial and Safety division will help the group pay down its debt.

“The sale … simplifies and focuses Pacific Brands group strategy around maximising the potential of our market leading brands such as Bonds and Sheridan,” said Bortolussi.

“It also reduces exposure to the challenging industrial market, and restores balance sheet strength to the company.”

In 2014, the three brands recorded sales of $368.5 million for Pacific Brands, and earnings before interest and tax of $22.1 million.

Pacific Brands said it expects to realise a profit on the sale of the brands of $35 million in the current financial year.

In a separate statement, Wesfarmers’ Industrial and Safety managing director Olivier Chretien described the acquisition, which is still subject to approval by the Australian Competition and Consumer Commission, as “highly complementary”.

Wesfarmers said in the same statement around 1000 full-time Pacific Brands employees will join Wesfarmers as a result of the acquisition.

News of the sale has drawn a mixed response from experts, with retail expert and partner at accounting firm Lowe Lippman David Gordon telling SmartCompany it appears Pacific Brands has made “a strategic decision to concentrate on the consumer market and not industrial”.

“Brand owners in Australia, and in retail in Australia, continue to feel pressure from private labels and from retailers squeezing their suppliers to increase margins, and on sales pressure in general from reducing volumes,” says Gordon.

“So any sales strategy requires a strong investment in advertising, brand support and probably continuing to the Pacific Brands retail network of stores. This requires capital and Pacific Brands ability to find this capital to invest in these two areas will be fundamental to their success, and I would even say their survival.”

Gordon says there was probably “a number of logical buyers” for the Pacific Brands workwear assets, which might not have been the case for brands such as Sheridan and Bonds.

But Brian Walker, chief executive of the Retail Doctor Group, told SmartCompany he believes the move is more tactical than strategic.

“These are long-established brands in Australian culture. There is future value there that I think has been sold off too cheaply.”

Walker says the $180 million price tag “may fill the coffers for a while” but the overall results will be to weaken the Pacific Brands portfolio.

“It ignores the cultural value of the assets,” he says. “It’s not a strategic move, its tactical, based on the current state of the balance sheet.”

Hogan says when you hold up the “blokey” workwear brands against the more female focussed Sheridan and Bonds brands, there is a “disparity from an audience point of view”.

“Where [the brands] have landed almost feels like a better fit from a brand story point of view,” she says.

Bortolussi told Fairfax yesterday he hopes Pacific Brands earnings will start to recover in 2016, led by Sheridan and Bonds, which he has no current plans to sell.