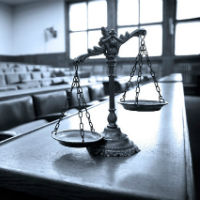 A real estate agency in Gosnells landed in court after employing a sales representative with a lapsed registration.

Attree Real Estate was fined $2,500 for employing and paying commissions to the unregistered employee, even though they had been informed that the sales representative’s registration was not current.

In a separate case in late November, the same employee was fined $500 and ordered to pay costs of $588 for acting as a real estate sales representative without being registered. The employee admitted that they had been reminded multiple times by Consumer Protection to renew their registration.

“The licensing and registration system is designed to maintain high standards of conduct within the WA real estate industry and provide protection for consumers who place a great deal of trust in agents and their sales representatives to handle one of their biggest assets,” said Driscoll.

Last week, a different Western Australian agency and its employee were also fined after Consumer Protection investigations. Sand Dollar WA Pty Ltd, trading as Harcourts Rockingham, was fined $500 after employing a sales representative for 22 months after their registration had lapsed.