What Rachel Zoe knows about motherhood, business and style 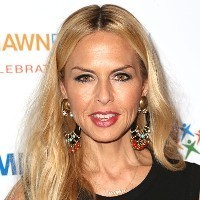 One of the world’s most famous stylists wants you to know that despite the designer threads and celebrity friends, she’s just a normal person.

Rachel Zoe may tell some of the world’s most famous people what to wear and has become a fashion icon herself, but at the end of the day she puts her kids first, goes to bed between nine and 10pm and counts her husband – and business partner Roger Berman – as her best friend and confidante.

Zoe is currently touring the country as a guest of Business Chicks. CEO Emma Isaacs spent three years convincing the stylist to come to our shores and it seems Zoe’s happy to be here.

“You guys are really, really nice,” she told the Sydney audience. “Is it a law that you all have to be really nice and really good looking?”

Well, yes. However – back to the woman who decided she wanted to be a stylist when she was just eight years old and saved up her pocket money until she could afford to buy her first Louis Vuitton handbag at 13.

Zoe has been credited with making Nicole Richie boho-chic and transforming self-confessed jeans and t-shirt wearer Jennifer Garner into a red-carpet glamour.

She is also a reality TV star, author, designer and entrepreneur, but her favourite title is that of mother.

But Zoe admits fitting in children with her career and lifestyle wasn’t without its challenges. She had her first child three years ago aged 40, after realising it was either then or never.

“It (having a child) changes everything. But in the best possible way… you make it work.”

Zoe has also made her multi-million dollar business work thanks to the support of her husband and business partner Berman, while she leans on her Dad for business advice.

“He (Berman) balances my strengths and weaknesses,” she says of her partner of 23 years.

“Family is just an incredible constant, they tell you to keep going. You need that, it’s so easy to get discouraged.”

She also admits to making as many left – or wrong turns – in her business and life as she has made right ones but concedes she has learnt from her mistakes.

“I keep on moving forward. The minute you stop, you lose momentum.”

Zoe also never takes time to pat herself on the back but says she does set realistic goals.

“You can’t plan too much, you just wing it.”

So what next for the woman who’s become more famous than some of the people she’s helped create?

“I’d love to work with Johnny Depp. Not because he doesn’t always look great but because I’d love to ask ‘What is going on in your head?”

Zoe would also like to style America’s First Lady Michelle Obama and says she will be making a return to TV but not in the same capacity as her reality show, saying it’s not fair to have cameras thrust in her children’s faces.

As for her catchphrases? The queen of “Maj” and “I DIE” says she’s stopped saying “BAH-nanas” after being labelled Banana Lady.

“I now call them plantains.”