What the average Australian worker gets paid in your industry 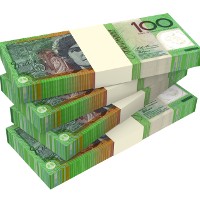 The average Australian worker has a salary of just under $80,000, according to data released this week by online employment marketplace Seek.

According to Seek, the average salary for an Australian worker is $79,767. But that figure is slightly below last year’s average, with average salaries dropping 3.2% in the 12 months ended June 2014.

The mining, resources and energy sector continues to top the nation’s average salary rankings, with workers in the sector receiving an average of $120,793 each year, despite dropping by 10% over the period.

“However, we must keep in mind this is coming off a very high base,” he said.

Seek found salaries in a number of sectors grew substantially during the period, led by salaries in the insurance and superannuation sector, which grew by 6% to an average of $81, 049.

Salaries in the farming, animals and conservation sector grew by 5% to $70,992, while workers in the retail and consumer product sectors also saw their average salary increase by 5% to $58,397.

On a state-by-state basis, New South Wales recorded the greatest number of industries that increased salaries during the 2013-14 financial year, with 64% of industries posting an increase in average salaries.

This was followed by South Australia at 61%, Queensland at 54% and Victoria at 54%. Western Australia recorded the greatest number of industry salaries in decline, with just 43% of industries recorded an increase in average salaries.

Tony Barrett, general manager of Seek Learning, told SmartCompany the results of the latest salary review by Seek are consistent with the current state of the Australian economy.

“Mining, resources and energy came out on top and there’s no surprise that sector is at the top of the list,” says Barrett.

“Those salaries have declined by 10% but that sort of aligns with what we’re seeing in the economy.”

Barrett says the growth in salaries in service industries such as insurance, superannuation and retail is likely linked to returning consumer confidence.

In a separate survey of 1000 Australian jobseekers, Barrett says Seek found 70% of Australian workers would be willing to switch industries in order to earn more, which is consistent with other research done by Seek in the past.

“I think what’s driving that is there is greater recognition these days around following your dreams and finding the job that’s right for you,” he says.

“The cost of living is increasing, as are lifestyles, and I think people are looking for opportunities and great earning capacity.”

Industries with the highest salaries:

Industries with the highest percentage salary growth in Australia: