Why the Anzac legend has always been about branding 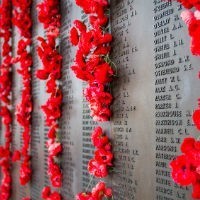 While many Australians have been outraged at Woolworths’ clumsy attempt to superimpose its brand over the Anzac Centenary, what most of the reaction has missed is that the Anzac legend has always been partly about branding.

In demanding the ill-fated “fresh in our memories” Anzac website campaign be taken down, Minister for the Department of Veterans Affairs, Michael Ronaldson said he was “responsible for ensuring that any use of the word ‘Anzac’ does not provide commercial benefit to an organisation”.

The site, which combined an iconic image of a Digger with a Woolworths logo has been condemned as crass commercialisation.

But the government’s actions also reflect the fact that Veterans Affairs are keenly aware of the importance of branding and the need to protect it.

Veterans Affairs have in fact a highly sophisticated understanding of commercial branding and because of this they realise it needs to be defended – or the brand will be cheapened.

The very term ‘branding’ seems inimical to the sacred aura that surrounds the Anzac legend today. How can something be sacred and yet also a brand? Yet the Anzac legend has been highly dependent upon propaganda techniques that have helped to support a mythology that is now incontrovertibly fundamental to modern Australian national identity.

Even during the Great War, the term and concepts behind Anzac were being formulated in books such as war correspondent CEW Bean’s The Anzac Book and Will Dyson’s Australia at War: drawings at the front. These men were image makers who understood the power of pictures and words not just to memorialise, but also to recruit men to the cause.

These were powerful books, depicting not just larrikinism and good cheer, but also the incredibly grim conditions that Australian soldiers faced. Dyson and Bean showed that Anzacs were resilient and courageous and from that point, the term ‘Anzac’ came to be associated with these attributes.

Thus a brand was born before the war had even ended.

Even as early as 1916, parliamentarians were concerned that the word would be exploited inappropriately and by 1921, legislation required that anyone – even boat owners – apply to the government for permission to use the word.

Today, the Anzac brand has reached its apotheosis with the Centenary, and a special logo in gold has been designed for the use of approved manufacturers and entrepreneurs. According to the government website, the logo has:

…has been designed to encapsulate the unique qualities that forged the spirit of Anzac and gave birth to our national identity: courage, mateship, sacrifice, generosity, freedom, and a fair go for all.

The word “Anzac” therefore is associated with a host of positive moral attributes which the logo bestows upon the product that sports it. In other words, “mateship” and “sacrifice” have been appropriated as a part of a unique brand by Veterans Affairs and the Australian government in general.

However, while the government successfully defended the brand against Woolworths, the brand integrity has already been lost – and this at the hands of the very group meant to maintain it.

“Camp Gallipoli”, which has been endorsed by the Anzac centenary committee and has a sponsorship deal with Target is selling two dollar wristbands with the slogan “Anzac Spirit” emblazoned on them. Mugs are also available for purchase by Target customers while they wait in line to pay.

In addition, cunning manufacturers have dodged the Anzac restriction by substituting the term “Gallipoli”. This home-brand version of Anzac has taken over, and is spruiking everything from rosemary in nurseries to “Gallipoli” cruises.

The flood of kitsch items and events is leaving many Australians wondering what Anzac stands for.

The Shovel too, published an article in which it announced Woolworths had become sponsors of the ADF in Iraq, quoting an imaginary spokesman as saying “it was part of a new strategic push to profit from the memory of dead Australian soldiers”.

The confusion, derision and outrage surrounding the commercialisation of the Anzac legend is not a situation the government would wish for less than two weeks away from the 100th anniversary of the landing.