Why the days of the 5 cent coin are numbered 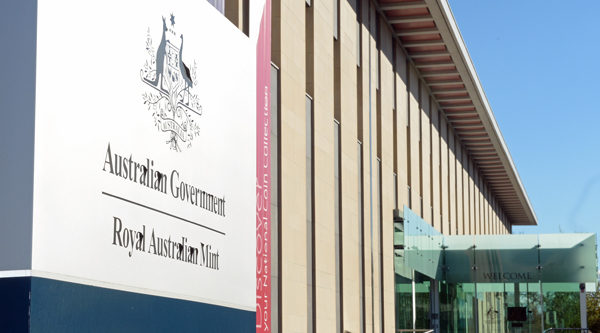 An overall decline in demand for coins might mark the death of the 5 cent coin, according to the Royal Australian Mint.

MacDiarmid told the ABC it is likely our smallest coin will no longer be manufactured in five to 10 years’ time.

“I think the five cent piece is almost dying a natural death,” he said.

“We’ve seen a halving of the demand for five cent pieces over the past five years and our expectation is that it will just simply progress, it’s lost its utility, it will lose interest from the public.”

In the fifty years since Australia ditched pounds, shillings and pence, the rise of electronic payment methods, including contactless options such as PayWave, Apple Pay and Android Pay, means Aussies are less likely to use cash for payments.

MacDiarmid expects to see a decline in demand for circulating coin of around 25% in the next three to four years.

“That’s a lot to do with disruptive technology of cards and PayWave, but last year we actually saw in increase in demand,” he said.

Changes are also on the way for our quirkiest shaped coin, the 50 cent piece, which is expected to undergo a design change in the next year.

The 50 cent piece was originally round but was changed to the 12 sided design in 1969 to avoid confusion with the 20 cent piece.

MacDiarmind has dismissed returning the 50c shape to round but has said its large size is an issue that needs to be addressed.

A recent survey carried out by the Royal Australian Mint reportedly showed many vending machine operators found the large size of the 50c piece a pain, with some machines no longer accepting the coin.

Why the Aussie dollar made so much cents 50 years ago

When decimal currency came to Australia, it replaced the British modelled system of pounds shillings and pence with today’s dollar and cents.

Here’s a timeline of how the Australian currency system evolved.

1778 – The arrival of the First Fleet did not come with much money, as convicts were not paid and there were no stores. Most coins came from officers and sailors – a hodgepodge of the English sovereigns, shillings and pence, or the Spanish dollars, Indian rupees and Dutch guilders.

1800 – Demand for a money system grew with confusion over what each coin from all over the world was worth. A shortage of coins in Britain added to the confusion, with Governor King then fixing the value of all known coins as “Proclamation Coins”

1813 – The British Government sent 40,000 Spanish dollars to Australia, after which a forgery convict is asked to punch a round piece out of each coin, creating a “holey dollar” and small round pieces called “dumps”.

1849 – The discovery of gold in Victoria in January 1849 and the subsequent gold rush translated into pressure to convert gold into tokens or coins.

1910 – Eight years after federation, Federal Parliament passed a bill allowing Australia to produce its own coins, based on the British sterling system.