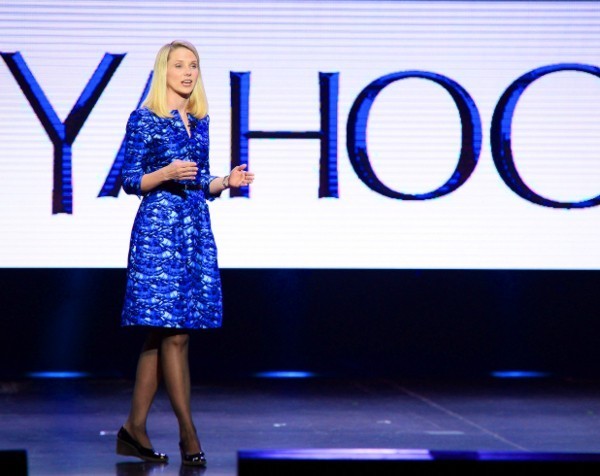 By John Colley, University of Warwick

US telecoms giant Verizon paid an eye-opening US$4.8 billion ($6.39 billion) for Yahoo’s search, email and advertising businesses, which will be merged into its own online operation bought from and still branded as AOL to better compete against tech giant rivals Google and Facebook.

The new Yahoo-AOL alliance will control 5.2% of the digital advertising market compared to Google’s 39% and Facebook’s 15%. Yahoo’s chief executive Marissa Mayer has struggled to prevent Yahoo’s continuing decline, with losses mounting despite a US$3 billion investment in new features and acquisitions.

Unfortunately, these “alliances of the weak”, where smaller companies merge in order to try and take on stronger competition, are very rarely successful. If anything, they usually create only a weak competitor that is now bigger than before. And this is what seems likely to have happened with Yahoo-AOL here, in a market in which the winner takes all: if a firm isn’t in the top two then without a credible niche market to exploit the firm will suffer. Yahoo’s recent results were particularly disappointing. Why should adding Verizon and the AOL into the mix change that?

The history of AOL itself is sobering. As a leading light of the online world in the 1990s it grew rich enough to be able to buy the giant media conglomorate Time Warner in a US$164 billion deal in 2001. But the merger was unsuccessful: within a year the combined operation had lost 97% of its value, which is believed by many to be the worst merger ever. AOL’s dial-up modem internet infrastructure was rapidly superseded by broadband, and Time Warner’s expensive content needed wide offline media access anyway to create a return – something AOL could never provide.

In many internet markets there are clear network effects in terms of suppliers and buyers: more suppliers attracts more buyers, which in turn attracts more sellers to sell to the growing number of buyers. In this mutually reinforcing process the rewards tend to go to the largest, which is usually among the first to enter the market. Late arrivals tend to struggle unless they can find some sort of niche. Examples include Amazon and Ebay’s domination of the online market place, just as Uber dominates the on-demand ride-sharing business, Facebook dominates social networking, and LinkedIn dominates professional networking.

The efficiency of internet markets and ease of access and participation means network effects are particularly powerful online, pushing weaker players out.

In technology markets such dominant positions tend to persist, brought down only through major upheavals in technology that are often rapid and unpredictable – just ask AOL. Alternatively, the market loses interest and moves on to other options, as email and Twitter have lost out to Snapchat, WhatsApp and Instagram.

The history of technology is littered with the remains of once all-powerful companies: Nokia, once the king of smartphones; RIM, makers of the must-have Blackberry; or IBM, which for decades dominated the computer industry, from mainframe and personal computer hardware and operating systems to application software and services, but which today struggles to find its way. Seeing how these titans have fallen, it’s not so hard to believe that Twitter, Microsoft, and even Apple may one day follow the same trajectory unless they can invent or secure access to the “next big thing”.

Yahoo has struggled against the strength of network effects for a long time despite the promises of various chief executives. It’s difficult to see how this merger will change anything, or indeed how Verizon will benefit. Buying up AOL and Yahoo, which are essentially media content and advertising businesses, is a big change from Verizon’s business of offering broadband internet and mobile phones. It’s not clear what benefits arise from combining both as they are such different businesses. As the mobile telecoms industry matures, Verizon’s move seems like a gamble on finding future growth in unrelated areas – always a high risk path.

The acquisition appears motivated by AOL’s chief executive Tim Armstrong, who some see as a better boss at Yahoo than current chief executive Mayer. Mayer has been under pressure from investors for failing to stop the rot at Yahoo. If this task falls to Armstrong he will certainly have his work cut out – not just to turn around the fortune of one failing tech giant, but to oversee the merger of two.

A failure to integrate is frequently blamed for botched acquisitions and mergers that destroy the value of the merged businesses. Loss of market share and key personnel during the integration process is the norm, and competitors use the opportunity to move in on customers and staff alike. The process is major distraction for staff, who wonder what the future holds for them. Effectiveness collapses and the business suffers. There are few exceptions. Armstrong will need all the luck he can get.

John Colley is a professor of practice and associate dean at the University of Warwick.