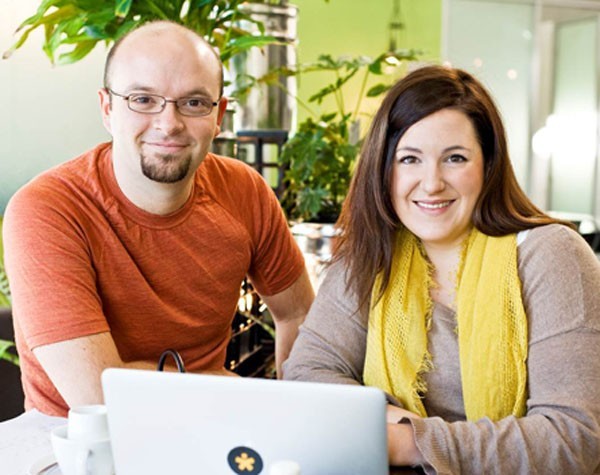 If you’re feeling unaccomplished for your age, best look away now: several of the debutantes on this year’s BRW Young Rich List grew up in the 1990s. And while their generation has copped no shortage of criticism about the time they spend staring at screens, these guys have harnessed that for good rather than evil.

While this year’s Young Rich List features many familiar faces, 22 individuals under the age of 40 have make the cut for the first time this year.

Leading the charge are Envato co-founders Collis and Cyan Ta’eed, 35 and 37, the husband and wife team who have turned their software company into an empire, which that has also garnered such awards as the “coolest place” for women to work. The couple’s worth is estimated at $184 million.

Read more: Is this the best Australian tech company?

Many of these rich list newbies are technology moguls in their own rights, having built digital platforms to meet customers who are increasingly focused on getting what they want instantly, rather than wading through the millions of options available online.

We know technology is where the wealth is, so let’s dig deeper into why these individuals have made it so big, so quick. Here are three trends from the debutante class of 2016

They focus on customer desires

Several of the top players have grown their businesses from an app or digital service that delivers products to their users by cutting out the middle man, whether the customer is after wine or interior design.

Top ranked debutante Envato has elevated Collis and Cyan Ta’eed onto the rich list as well as two other members of the core team, Jun Rung, 40, ranked at 61 on the list with estimated wealth of $43 million, and Vahid Ta’heed, 39, ranked at 62 also with $43 million in estimated wealth. The company has worked within a philosophy by delivering digital assets to businesses in a straightforward way; Envato attacks the sheer number of options out there by curating tools for business, including delivering tutorials directly customers who might not be across the latest design tech.

While the product category might be worlds away, the approach is similar to that of Smart50 alumni Vinomofo, with co-founder Justin Dry, 38, entering the Young Rich List for the first time in 2016 at number 84 with $30 million in estimated wealth.

The wine delivery business cuts out the search process by curating products for delivery straight to the consumer – and over the years Dry and co-founder Andre Eikmeier have realised the scalable nature of the product as shoppers search for quality wine without hassle – leading to its first capital raising earlier this year of $25 million.

They make a direct connection with users

Fitness experts Kayla Itsines and Tobi Pearce are the youngest to debut on the list, at the ages of 25 and 24 respectively, and their business displays another key trend – personalised service with a digital focus. The duo’s estimated worth of $46 million comes off the back of The Bikini Body Training company and the pair’s ability to leverage at-home workout programs, with personal inspiration and the ability for users to share their stories online.

Roby Sharon-Zipser rounds out the list at 100 this year, with the 40-year-old worth an estimated $19 million. Sharon-Zipser’s Hipages business has muscled in on on the good old Yellow Pages by connecting clients with tradespeople directly through a platform that lets users upload jobs – and it was founded almost a decade before the likes of Uber took off.

Distance is not an issue

Several of the new 22 young rich listers all draw some of their wealth from abroad – including Thor himself, Chris Hemsworth, who at 33 enters the list for the first time with estimated wealth pf $28 million, most of which through work in the US. In a blog in June, Envato said around 30% of the business’ workforce is based overseas.

Regardless of where the business is focused, the reality is distance is just not an issue for the operations of many of these businesses. Design startup Canva added another rich lister to its ranks this year when Cameron Adams, 36, who helped Melanie Perkins and Cliff Obrecht found the company, ranked 83 with an estimated worth of $30 million. The Canva business is now designed for any user to jump on board remotely, particularly through the use of a recently launched app.

The world is a small place for many of these entrepreneurs.