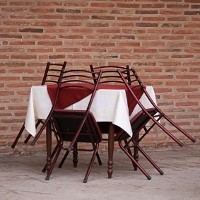 A hospitality group that operates seven cafes in the Melbourne central business district and beach towns of Sorrento and Lorne is up for sale, after being placed in receivership.

The group recorded combined annual revenue of around $4 million in the 2014 financial year but David Ross and Richard Albarran from Hall Chadwick were appointed liquidators of OHG Holdings on April 13.

Ferrier Hodgson partners James Stewart and Brendan Richards have now been appointed as receivers and managers of both companies and are seeking urgent expressions of interest in the cafes, either individually or as a group, by May 4.

Stewart confirmed the appointment to SmartCompany this morning and said all seven cafes are continuing to trade.

However, Stewart declined to comment as to whether Ferrier Hodgson has received any expressions of interest in the cafes since publishing an advertisement for the businesses last week.

The sale of the seven venues comes at a tough time for many small businesses in the hospitality sector, with an August 2014 survey from the Restaurant & Catering Industry Association finding many cafes and restaurants are struggling to grapple with staff costs at an “unsustainable level”.

The association’s 2014 Industry Benchmarking Survey found wages and other staff costs, including payroll tax and training, now account for 45.3% of total expenses for businesses in the industry.

It also found almost 13% of Australian cafes and restaurants are keeping their doors closed on Sundays and public holidays as staff costs continue to rise, with 92.4% of that group saying penalty rates are to blame.

Just over 70% of the businesses surveyed reported reducing their staff hours, with 69.5% saying the business owner themselves now works on the weekend as a result of the high costs of employing others.

SmartCompany contacted Hall Chadwick but did not receive a response prior to publication.