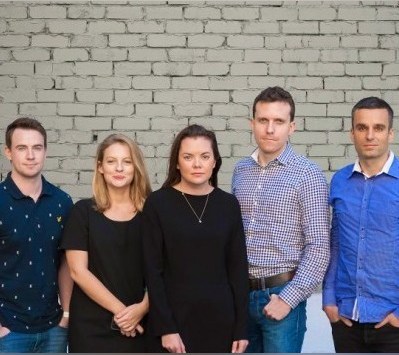 Stacey Jacobs knows how to get stuff done. Within days of coming up with her business idea, she’d quit her job, and had a payments system up and running on her website.

She also had three crew members on the platform, as well as her first customer.

The business idea came to her when she arrived home after a long business trip to a messy share house. Unable to easily source and vet a reliable cleaner online, she established Tidy Me, a platform allowing users to book a cleaner for next-day availability from a pool of trained, vetted and professional cleaners who use naturally derived products.

Having travelled home from the airport in a Uber X taxi, with a driver who told her how much his life had changed through the service, she knew whatever business idea she came up with should facilitate providing job and work opportunities to others.

“It was a great story about how he was able to access this opportunity through what is now a huge tech company,” says Jacobs. “I was looking around to different ideas and that just resonated with me.”

Tidy Me has just secured the $750,000 in funding from AirTree Ventures, a $60 million venture capital fund focused on seed through to growth stage investments co-founded by Daniel Petre and Craig Blair. Launching the business within days was important to Jacobs, in order to establish whether the idea would work. But accessing funding soon became the priority, in order to ensure the business could accelerate quickly. Jacobs’ goal is to become the go-to for home services in Australia.

“Anyone who was anyone I went and pitched to,” she says. “And while there was definitely a lot of interest, you have to find the right VC. We had a lot of people who it just didn’t fit with.

“There’s always going to be a lot of ‘nos’ in pitching. But you can’t take it personally. It’s just business.”

Jacobs says the people she’s encountered in her year since launching have generally been very supportive and that it’s, “a very, very good time to be a female entrepreneur”.

Jacobs has a background in tech, but knew nothing about the cleaning industry when she established Tidy Me. Having always had a passion for fast growing businesses, she was drawn to the tech start-up space and spent a number of years working with start ups locally and overseas.

She now works in a team of five on the platform, as well as a large network of cleaners. Tidy Me has a client list of more than 200.