A place in the sun: How Shaun Wilson is spraying the competition with $12 million self-tan company Bondi Sands 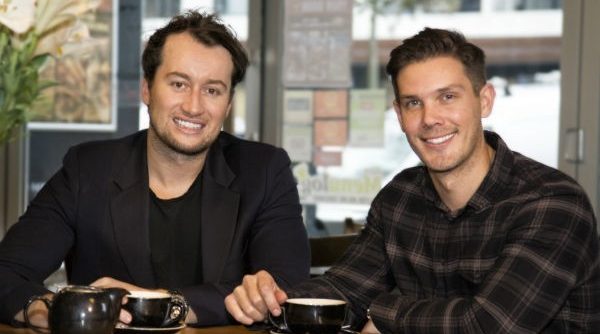 Shaun Wilson was at the Melbourne Cup with business partner Blair James when the pair hit upon their ‘golden’ business idea.

“We went to the races at the Melbourne carnival with a couple of our female friends who were complaining they couldn’t get a spray tan time,” Wilson tells SmartCompany.

At the time, James was running a tanning business – while Wilson was working a corporate gig with RACV – but the demand in the lead up to Cup Day was just too much to squeeze all of his friends in.

“So I said, what about this fake tanning stuff? And Blair said the quality’s just not there. So we started talking and that was where the idea was generated,” he says.

Off went Wilson, the commercial brain behind the duo, to purchase industry reports to research the category while James, the creative one in the pair, started drawing up the packaging.

“We are entrepreneurs in different ways like that, which works really well,” says Wilson.

The idea was “beautifully simple” according to Wilson: Australian-made tanning products that leveraged the image of the ‘bronzed Aussie at Bondi’ while riding the growing trend of safer tanning options.

“We felt like no one had really captured that Australian positioning. People around the world see Australia as having that beach culture, so it was a key objective from the start to take the products overseas,” he says.

After 18 months of product development and remortgaging their houses, the pair launched Bondi Sands in 2012.

“We took a risk, but we thought it was a calculated risk,” he says.

It was. Three years later the $12 million business has snagged supplier deals with Priceline and Woolworths in Australia, and deals with Superdrug [UK health and beauty retailer] in the UK. And the pair say they have more major international partnerships in both the UK and the US to announce later this year.

Wilson sits down with SmartCompany to share how the two friends overcame their biggest challenge – when a bad batch of tan turned some customers green – to establish themselves as major players on the global tanning scene.

As self-confessed night owl, Wilson says he and James are known to work until 1am more often than not.

But the pair still manages to get up for a personal training session before they hit the office by 8.30am.

“I try to keep up with my fitness,” says Wilson. “It’s important to both of us, in terms of our own physical and mental improvement.”

Wilson says his daily role with Bondi Sands is incredibly varied: “One minute I can be Skyping with [our international partners], the next I’m talking to our manufacturers and then I’m jumping on social media.”

Social marketing is a key part of Bondi Sands’ success, according to Wilson, with more than 176,000 followers on Instagram alone.

“We both grew up with social media,” he says.

“But at the time we started, people in the tanning category weren’t really engaging with consumers though social. That really modern and contemporary marketing was a key objective for us.”

“We actually now have the word’s largest following in our category, which we’ve grown organically. Across all the mediums, we have 300,000 people we can market to directly at an any time.”

Wilson says it was that loyal social following that alerted him and James to one of the biggest hurdles Bondi Sands had to face in the early days of the business.

Six months after launching, they were in the US when fans on Facebook started to comment that some products had caused a rather adverse effect – people had started turning green.

“Something went wrong with the manufacturer; the quality wasn’t great with one of the batches… All of a sudden customers started complaining the product was turning them green. So we flew back straight away,” he says.

But other than a fright for the boys and the loss of 20,000 units, the company quickly bounced back from the challenge.

“Looking back on that experience, it actually did teach us a lot – not to panic, to be transparent and to listen to your customers,” he says.

Wilson admits his work-life balance falls solely in favour of work at the moment, as he and James pour all their energy into expanding the business and capitalising on their partnerships.

“We don’t necessarily have that as a business structure where we can work 9 to 5 and come home and cook dinner every night right now,” he says.

“I do get quite addicted – it’s hard to switch off. And I know it’s a cliché, but I really don’t see it as a job any more… One of the things [James and I] love to talk about is the business, we love talking about the industry, that’s one of our hobbies,” he laughs.

But Wilson says he does try to take a break out of the business, and when he’s not at the gym or planning tennis, you will find him cheering on Essendon in the AFL.

Wilson says the next 12 months will be all about securing those international deals and aggressively expanding the brand on social media.

“Our business model is something we created from the beginning to really be able to expand upon. We decided, we can concentrate in Australia and add new products here, [or we can] diversify our risks and revenue and therefore really focus on expansion,” he says.

“We’re really just running with it. It’s quite exciting waking up and seeing 50 emails from Europe, it makes you jump around,” he laughs.

But despite their success, Wilson says he and James have no plan to take their foot off the accelerator anytime soon.

“People do tell us we need to celebrate [our success] a bit more,” he says.

“I mean getting Superdrug is a big deal. To get something like that you do say to yourself, you know what? That’s really cool. But when we do achieve something, we look for something else straight away. We’re always thinking: what’s next?”