Abercrombie & Fitch to exit Australia due to disappointing local results 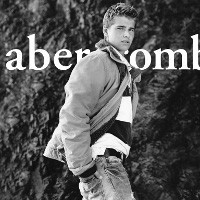 Abercrombie & Fitch will close its Australian stores in coming months, following disappointing local results and competition from the likes of H&M and Topshop.

The international retail giant – renowned for its shirtless, chiselled models – followed a rush of international companies expanding into Australia two years ago but will close its Melbourne and Sydney stores after failing to grip onto the local market.

Abercrombie’s chief financial officer Joanne Crevoiserat has admitted the Australian market was more challenging for the company than first anticipated, according to Fairfax.

“The performance of Australian stores has been disappointing, even after allowing for the seasonality challenge of operating in the southern hemisphere,” she said in a phone call to analysts.

“We therefore decided to during the quarter to activate the provision in our leases which enables us to make a country exit and close those stores around end of fiscal 2015.”

The US company released its fourth quarter financial results earlier this week, reporting a net income of $US44.4 million for the period ending 31 January 2015 – down from $US66.1 million the previous year.

Brian Walker, chief executive of the Retail Doctor Group, told SmartCompany the warning signs Abercrombie would need to do something drastic have been around for a while.

“They have a market cap of $US1.4 million and about 1000 stores around the world and were a very strong brand in the 90s and early 2000s – and still are extremely strong,” Walker says.

“Some of their retailing is absolutely world class. But if we talk about their business broadly, they have been slipping in the last period of time. They lost one of their creative heads and maybe coincidently, their business globally in the last quarter was down 14%.”

Walker says one of the reasons why Abercrombie didn’t perform as well as it could have in Australia was it did not localise its brand.

“They put a global brand into this country and didn’t localise it,” he says.

“I don’t think seasonality was an issue – the product was where it needed to be. But the localising was one [big factor]… they had these sort of Midwestern US images and Australia, for all its own reasons, doesn’t really take to that.”

Abercrombie has had to compete with other large retailers around the world who are also eyeing off the teenage retail market such as H&M and Topshop, according to Walker, so tough competition in the Australian market “shouldn’t have been a factor” in the company’s exit.

“Australia is dominated by Sydney, Melbourne and Brisbane on the east coast and pretty well Melbourne and Sydney in that order,” he says.

“What they needed was a very strong flagship Sydney CBD site which their competitors have done or are doing. So I thought their positional strategy was questionable locally. Also, if we look at their brand it’s not really a brand that’s reinvented itself. We don’t think of it as reinventing the core and being increasingly relevant.”

However Walker says Australia hasn’t seen the last of Abercrombie.

“I suspect they will be back in one way shape or form. And of course people can still buy their product online,” he says.

SmartCompany contacted Abercrombie but did not receive a response prior to publication.